HomeEconomyThe Plight of Women in the Economy
EconomySocial 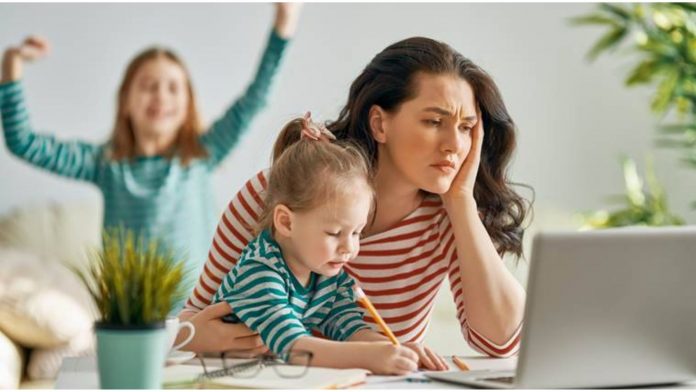 These are some of the phrases almost every woman has heard while taking their first steps into the business and economy sector. Women are perceived as these sensitive and naive beings incapable of making tough decisions or handling people. They are known to be submissive in nature and are supposed to ask for “permission” before doing anything. But just want to ask that when and how was this image of us created? How can someone just define such a diverse community filled with all kinds of people and talents in just a few words? And more importantly, since when did words started to be associated with a specific gender and considered derogatory?

Business and economy is something that has always been perceived as a “man’s job’ which totally negates any possibilities for women to even enter that domain let alone be in a leading position.

We have seen change and progress in recent years but at the same time, it was very rare that women were the ones who took those progressive decisions or even had a say in it. Consider a student whose parents choose what field their kid should pursue because they think it’s the best for their kid instead of asking their kid or even letting their kid decide what is best for them. Women are barely given the stage or a say in what is right for them which completely beats the point of feminism and the concept of empowering women. We are definitely advancing a lot but where is the empowerment? Where is the platform women deserve? When will they get to have an opinion on what should they do??

In a 2015 Bollywood movie called ‘Dil dhadakne Do,’ there is a scene where this character, let’s say person A boasts about how he is of modern thinking and how he was the first person in his family who ‘allowed’ his wife to work. To this, another character in the movie let’s say, person B replies that how is this feminism and modern thinking because when we allow a person to do something we are assuming ourselves at a higher position or authority than them. This single thought made me observe my surroundings and realize how society generally makes women feel in lower or inferior positions to keep them in control. How exactly is this equality in any way possible? And if this is the definition of equality then I’m not going to settle for this sort of bargain.

Feminism is generally misunderstood as the superiority of one gender over the other, of women over men when in reality it is something completely different. It is not a fight against men but a struggle against the very system of patriarchy that has existed for centuries and creates this toxic environment full of assumptions and misunderstood preconceptions that are harmful to all genders. The gender bias in the economic sector is more than just your dull-witted casual workplace sexism consisting of jokes about women belonging in the kitchen and making sandwiches. It is about the pay gap, the unequal distribution of stress and household responsibility; about calling the household work done by women and as not ‘real work’ and making it sound inferior; it is about men getting more leadership roles than women because women are too emotional, and can’t handle the workload stress or make tough choices when the situation calls for it. It is the lack of facilities for child care and not enough opportunities that do justice to a woman’s talent and creativity and it is the very idea of putting a label on things and making them ‘male’ or ‘female’. For example, why can’t maternity and paternity leave just be called child care leaves? Why is caring for your offspring is divided based on one’s gender identity?

The gap between women and men regarding finances has been proven so many times in the past. For example, there was this small social experiment conducted by Paytm called the divide. So in this, a group consisting of people of different ages backgrounds, and lifestyles were invited. They were made to stand in a horizontal line in the middle of the room and were instructed to take a step forward if their answer to a question is yes and take a step backward if it’s no. The experiment started with a very general question like do you know how to cook but soon the questions got more and more technical and finance-related. As soon as this happened, more men started coming forward and women started going backward. When the questions concluded, there was this huge gap created where most of the men were in the front of the room while most of the women were at the far back. This experiment showed the huge gap that exists between men and women when it comes to finances and economy and their knowledge. The eradication of this gap is necessary so that women can stand on the same platform as men, be confident and not be dependent on another person to look after them.

It is high time now and we as a society need to pass on the mike to women because true equality and development cannot take place without the coexistence of it in all aspects. People need to know and understand intersectionality and how all the elements of a human and society, be it political, economic, or social, are essential for true equality.

The economic advancement and empowerment of women will lead to their social inclusion and the extermination of this epidemic known as patriarchy which is so deeply rooted in us and our lives that it seems difficult to remove. It is indeed difficult but not impossible if only we all work together to give women the opportunity and platform they deserve and the support they need.

Vasundhara Rai
Vasundhara Rai is an intersectional feminist trying to learn more the society and sustainability. She is currently pursuing her Bachelor's in Business Administration from St. Aloysius, Jabalpur.

How Covid-19 Changed Our World