Blockchain in a Nutshell 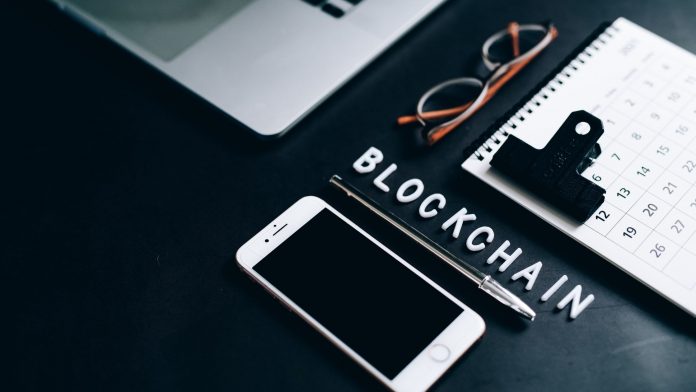 To unlock the blockchain mystery, first, we need to understand centralization. Centralization refers to the process of concentration of decision-making power in any organization in only a few hands i.e., the head authority or a single leader. For example, the head office houses the executives who make key decisions in an institution, and all assessments and activities at the lower level are governed by the senior management.

The issue with centralization in major organizations is its association with corruption. When too much power is handed over to a single or few leaders, the odds of people seeking personal gain over morality and at the cost of others’ welfare, is high. Hence, the concept of decentralization was introduced where the decision-making power is distributed and controlled by several small groups or individuals.

Decentralization became the go-to solution for corruption and fraud. Blockchain is a pioneering way to implement it. It is an innovative system of keeping records or ledgers in a manner that makes it impossible to tamper with. Not even authorized individuals can manipulate the data, making the database unalterable. This also accounts for the irreversible nature of blockchain transactions.

How does blockchain work?

It stores all the information in a digital automated format known as a database. It is then distributed among different nodes (computers) of a network decentralizing the control over the blocks of data. These blocks of data are encrypted and contain transaction records, hash, and the previous block’s hash. The first block of the chain is named the genesis block that contains no previous block hash. A hashing algorithm or function takes an input of variable length and produces an output of fixed length, and this output is called a hash, often referred to as the digital fingerprint.

In it, the transactions are the inputs that run through the hashing algorithm providing a fixed size hash. These blocks of data are then chained together in a chronological manner using cryptography. Each time a new block is efficiently verified it is linked at the end of the chain using a cryptographic hash of the previous block.

This order of linking blocks cryptographically provides unbreachable security. Because any alterations in one block will cause the hash of subsequent blocks to be invalidated. So, if any unknown source tries modifying any transaction in a block, they will not only have to change all the succeeding blocks but also coordinate those changes in all the nodes of the network the blockchain is associated with.

The rate of transactions is energy and time-consuming in blockchain-applied technologies and depends on the type of protocol used.

Bitcoin, a digital currency, was the first-ever implementation of blockchain technology, proposed by a person or group of people by the name Satoshi Nakamoto, in 2008. It uses proof of work as its consensus protocol.

Back in 2009, bitcoin mining using one’s personal computer was possible as mining difficulty was low. Gradually it moved to GPU (Graphics Processing Unit) mining as the mining power of one GPU equals that of around 30 CPUs (Central Processing unit). Then came the FPGA (Field Programmable Gate Array) mining, which was 6-20x times faster than GPUs. And finally came along the ASIC (Application-Specific Integrated Circuit) mining, pieces of hardware manufactured specifically for Bitcoin mining. And unlike any of its predecessors, ASIC couldn’t be used for any other purpose. Roughly 10x faster than FPGA, it is now the current mining standard.

During the transfer, all the encrypted blocks need decrypting or rehashing to prove validity. Bitcoin mining refers to the process of adding transaction records or new blocks to the bitcoin blockchain. The mining process requires combined hardware, software, and human labor as well as time and energy. The miners select the transactions to be grouped to form a new block that will be added to the blockchain.

Now, this block requires a new digital signature called the Proof of work. Nonce (number only used once), in general, is a number added to an encrypted block in the blockchain, that can be used for numerous networking applications like authentication and security purposes. A nonce is a significant part of the proof of work, as it is the part in the hash input that is modified to produce the desired output. Miners then compete in a network, to find the perfect hash output or the signature, a 64-digit hexadecimal number, and whoever is first to do so gets rewarded for it. But it’s hardly as easy as it might sound.

The process requires solving a lot of time-consuming computational algorithms as well as processing power. The miner who finds the desired hashed output first gets to introduce the new block to be added and the signature. The other miners then examine the signature and confirm its validity. The block is then added and this is how transactions are processed over the network. Hence the rate of transactions is far slower in bitcoins compared to other forms.

Blockchain miners run a particular mining software to enable their computers to communicate with others securely and join the network.

Types of bitcoin mining are individual mining, cloud mining, and pool mining. Individually one can simply register as a miner and run the software to get started with mining. In pool mining, a group of miners works together as a team to solve the complex algorithms and split the reward if successful. Cloud mining involves mining farms that sell or lease hashing power to miners. One has to fund a portion of a mining operation and cloud miners will do the remaining, eliminating the hardware or equipment’s issue for many. The investors benefit according to how much they had funded.

Other than cryptocurrencies blockchain finds applications in other sectors like voting mechanisms with the prospect of preventing and eradicating voter fraud, personal identity and data security, real estate processing platforms, NFT marketing, etc.

Though Blockchain is considered the next big thing, it’s not completely free of flaws as well. It bears issues such as scalability and comparatively slower processes; more the nodes in a network more the chances of slowing down; high energy consumption, expensive implementation, and even its data immutability. Even though immutable data is what accounts for its unbreachable blockchain security, it faces immense vulnerability if any entity happens to own more than half of the nodes in a network. Along with them, it bears risks of DDoS’s attacks and cryptographic cracking.

These are permitted blockchains authorized by a single organization and the central authority decides who can be a node. Hence public access is restricted.

These are similar to private blockchains only difference being the control is held by a group of organizations rather than a single authority.

Hybrid blockchains are controlled by single organizations but part of the process is conducted by the public like transactions validations.

So, that was all for a brief overview of an extensive topic like blockchain in the scope of an article. Blockchain has come a long way and continues to grow every day. The next decade will surely see the inclusion of blockchain in more organizations and sectors as well as government operations.

Gitanjali Deka
Gitanjali is an engineering student at NIT Silchar. She is an ardent art enthusiast and a cinephile. She likes informative writing and coming across new topics in the process.

5 Hygge Gifts All Your Loved Ones Are Sure To Enjoy

5 Yoga poses that can be done by everyone