The Rise and Persistence of the Informal Sector 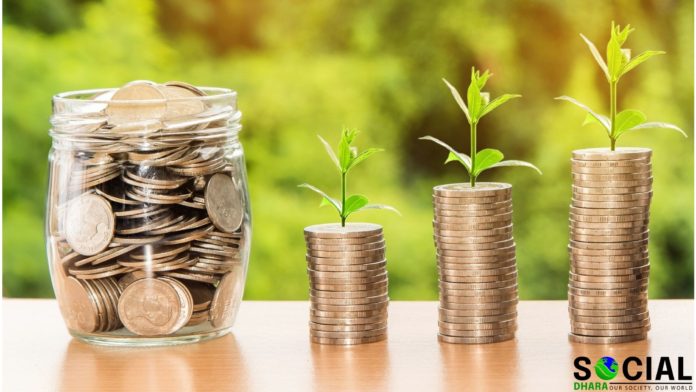 The term, ‘informality’ was officially first coined by Keith Hart in 1971even though informality dates back to the early 1950s. The informal sector consists of a major chunk of the lower-middle-class population especially in developing countries like India. Globally, the share of the workers in the informal sector economy is 61%. The sheer magnitude of the share of the workforce in this sector is the reason why this sector matters and needs to be studied as well as dealt with comprehensive policy formulations.

All those who are working in the informal sector can be conceptually divided into categories- Self-employed and Wage employed.

Pattern Of Growth In The Informal Economy

It is not growth but the pattern of growth that plays a role in whether the informal economy will grow or not. This statement can be highlighted using various examples of the developing countries where even if there was rapid economic growth, the share of the informal sector too was persistently rising.

There are four types of labour market-related institutions that play a role in the emergence and the persistence of informality.

The formal sector job market has stricter barriers regarding entry into and exit from the job market unlike the informal job sector where people can easily enter or employers can easily eliminate workers without being answerable or paying any or little compensation.

Thus, there are often tendencies in the employers of small enterprises to operate informally voluntarily owing to such costs of formalization. Moreover, the legal procedure of formalization often becomes so tedious and rigorous that employers tend to refrain from that thus increasing informality (De Soto, 2000). Lastly, formal sector jobs come under the minimum wages act hence employers are bound to pay them a certain amount. However, since the informal sector jobs are mainly unregistered, employers can hire workers at lower wages than the formal sector workers thus reducing their costs.

More often than not, there is a rise in the informality within the formal sector as well owing to the fact that if employers hire workers on sub-contractual basis then their costs will be much lower than if they had to hire permanent workers.

The lack of enforcement of property rights in most of the developing countries is also a reason why informality persists and keeps on growing.

Nearly every developing and the ex-communist nation has a formal property system. The problem is that most of their citizens cannot gain access to it. Thus the only other alternative is to retreat with their assets into the extra-legal sector where they can live and do business but can never convert their assets into capital.

In most of the developing countries, it was so difficult to get hold of assets, especially real estates, legally that people decided to live extra-legally in order to escape all the hassles.

For example, in the Philippines, if a person wanted to build a house on state or privately owned land, he would first have to form an association with his neighbours in order to qualify for the state housing finance programme. This entire procedure would take at least 168 steps which mean that it involves a period of at least 13 to 25 years. And in case it is agricultural land, it involves more legal steps.

The developing countries generally hold resources in defective forms such as houses built on land whose ownership rights are not adequately recorded, unincorporated businesses with undefined liabilities and industries located where financiers and investors cannot see them. On the other hand, the West has well-demarcated property rights and financial availability.

India initially for the first three decades after independence had a GDP of 3.5% p.a with population growth at 2.5% thus per capita income being 1%. This was followed by an increase of about 5.4% around the 1980s when the demographic dividend had set in. By 2013-14 India was experiencing about 8%p.a GDP growth. However, even if there was such a high growth there was no significant effect on the fall in informal employment which has further aggravated in the past two to three years (Presently, 93% of the workforce is in the informal sector).

Reasons For Rise In The Informal Economy In India

There were three demand side and one supply-side related factor as to why informality persisted and grew during India’s structural transformation instead of actually falling.

Firstly, in the second five-year plan of India which was mainly formulated by Nehru and Mahalanobis, import-substituting industries with priority towards heavy and basic industries were given so much importance that it actually led to complete ignorance of the agricultural sector. Whatever limited capital formation occurred at that time, it was to be utilized for the development of heavy industries. Such a policy could never accommodate the absorption of surplus-labour. So when the workers couldn’t find any formal jobs, they ended up in the informal sector where there was no social security.

Secondly, there was a reservation for most of the manufactured consumer goods to be produced by small scale industries thus not allowing the entry of large formal enterprises. This prevented the enterprises to grow too as they would lose the benefits that they received as SSI. Hence, there was lesser job creation and a tendency to remain stagnant as a SSI. Another incentive that the large enterprises had was that they could bring into being a small enterprise to take advantage of the protection that the small scale industries enjoyed hence leading to a rise in more number of such firms. These small enterprises had no growth incentives and thus didn’t help much in absorbing surplus workers through job creation.

Thirdly, the restrictions in the form of extensive labour laws for large organized firms and the non-existence of most of such labour laws for the unorganized sector acted as an incentive for the firms to invest more in the technology-intensive production process rather than labour intensive thus leading to the creation of lesser jobs. This created a distortion between the number of workers migrating and the number of jobs being created thus making the absorption of surplus-labour a difficult task. With only a mere 6000 labour inspectors regulating labour laws, there was a rise in corrupt practices in the form of rent-seeking.  Small-sized firms under such conditions had little or no incentive to create formal jobs. In that way, they could escape the payment of social security and other allowances that they are compelled to pay the formal workers thus employing informal or casual workers as and when they want.

One of the major impediments in the supply of labour was the lack of skills and education that was required to join the urban formal jobs. Moreover, India during her initial days had hardly invested in education and skill development. Thus, even if there were jobs, in some cases, the worker didn’t live up to the requirements thus ending up in the urban informal sector. As of 2012, out of a workforce of 485 million, 146 million are illiterate. An additional 52% have education up to secondary level and only 3% of the workforce has technical education at the tertiary level followed by 7.2% having general academic education at the tertiary level.

Thus, an analysis of the various aspects of the regulations and policies with respect to developing countries in general and India specifically show how informality has risen and persisted or rather still persists in these regions owing to the existence and dominance of the institutions and regulations mentioned above.

DE Soto, H. (2000). The Mystery of Capital: Why Capitalism triumphs in the West and Fails Everywhere Else. Basic Books.