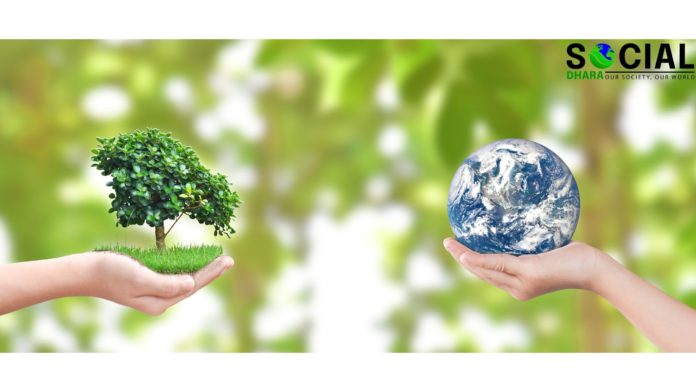 The environment consists of all things-living or nonliving that influence human life. It plays a vital role in the functioning of our daily lives. The environment/nature and its wonderful species existed even before human habitat. Every species, be it on land or water, existed peacefully.

The turmoil began after the dawn of human civilization and industrialization. Humans began to use the environment as a means to an end without giving much thought to the consequences of the abuse or respect that it should give to the facilitator of life on Earth.

Why is the Environment Important to Human Life?

Why do we need to protect the Environment?

Every three seconds, the world loses enough forests that could cover a football pitch and over the last decade, we have ruined half of our wetlands. Therefore World Environment Day was formed with the main aim to revive billions of hectares from forests to farmlands and mountains to oceans.

Every year the world environment day is hosted in different cities and has a different theme such as:

In 2013, a World Environment Day Anthem was made by the Union Ministers Of India:

The most beautiful planet in the universe

All the continents and all the oceans

United we stand as flora and fauna

United we stand as species of one earth

We are humans, the earth is our home

All the people and the nations of the world

All for one and one for all

Ideally, we should not require an Environment day to appreciate, protect, save and remember the utility of the environment. It should be a thought embedded in our minds and we should be grateful for its existence. Every action may cause harm to the environment and hence we should be mindful of all our actions and decisions.

Elephant Corridors – The Right to Pass

How to Improve Spoken English?