HomeHealthPeriod Poverty and the Gap in Menstrual Health Policy
HealthSocial

Period Poverty and the Gap in Menstrual Health Policy 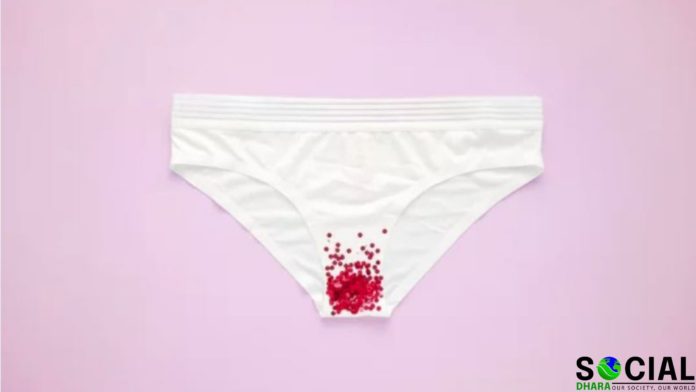 There is a need for us to delve into the issue of Period Poverty which is missing from mainstream discussions and to fill the gaps of not generating enough dialogues regarding gendered perspectives of menstrual health.

There is an urgency to initiate conversation which is the need of the hour regarding the awareness, acceptability, availability, affordability, accessibility, and quality of menstrual hygiene products.

A society can achieve sustainable development only when everyone is freed from their shackles and are allowed to embrace their sexuality and natural functions of the human body with dignity and respect. Only 30% of Indian women out of 336 million menstruating women use sanitary napkins according to a report by NFHS. Most importantly lakhs of teenage girls drop out of schools or miss schools during the onset of menarche because of the lack of WASH facilities.

The lack of accessibility to sanitary products has made a large section of menstruating people prone to numerous health risks, including infectious diseases such as urinary tract infection (UTI), bacterial vaginosis, vaginal discharge, etc.[1]There is little to no conversation about the menstrual experiences of transgender and non binary people who equally deserve to have a safe and free period.

Effects of period poverty on mental health of menstruators

While period poverty can take a massive toll on physical health of menstruators, it can affect the mental health as well. The lack of accessibility to period products can mentally affect school going menstruators as it leads them to often miss schools and their daily activities which takes a toll on them. Similarly, a lot of menstruators from the low income groups working as daily wage workers also has to miss work owing to lack of accessibility which has been reported to be one of the major causes of depression amongst menstruating people.

The absence of regular supply of period products causes uncertainty among menstruators as their daily routine gets disrupted which again is a major cause of anxiety and stress. The fear of societal stigma and shame leads them to practically shut themselves indoors during menstruation to prevent menstrual leaks which affects their mental as well physical well being.

The situation is far worse for transgender and non binary people who face discrimination at every step of their daily lives. According to UNICEF, 2.3 billion people globally live without essential sanitation services and washing facilities.

Accessibility to WASH facilities is also a major concern for menstruators other than women as they are chastised and looked down upon when they try to use public washrooms which create adverse impacts for them thereby causing low self esteem and lack of self worth.

Gender inequality, extreme poverty, humanitarian crises and harmful traditions can all turn menstruation into a time of deprivation and stigma (UNFPA). According to UNICEF, 71% of young women worldwide remain unaware of menstruation until their first cycle.

Biologically, menstruation sounds normal – a process that establishes the base for human progeny. However, socially, it is one of the most stigmatized, tabooed, and discriminated issue all around the world.

The entrenched stigma related to menstruation leads to lack of education and awareness regarding menstruation globally. Even though the condition of developed countries is comparatively better than developing and third world countries, where period poverty is deeply embedded due to lack of economy, awareness and perpetuated cultural stigmas and myths, the lack of awareness in general leads to myriad of diseases and health complications.

In Nepal and India, considering menstruating girls impure and polluting, the society banishes them to sheds called “chhaupadi,” where they suffer from cold, isolation, and various other illnesses. They are not even allowed to use clean water sources or attend any social gatherings.[2] Such rigid customs and practices ruin their self confidence and make them feel less than their counterparts thereby instilling a feeling of inferiority complex and low self worth. This in turn limits their abilities to engage in day to day activities which otherwise they would have been encouraged to take part in if they weren’t menstruators.

Period Poverty and the lack of inclusivity in menstrual health policies

Not all women menstruate and not all those who menstruate are women. The fact that there are certain sections of people other than women who menstruate are blatantly overlooked even in the policy formulation of the government which deprives them of protection from social stigma and taboo.

Even the most recent menstrual health policy of the government called the Pradhan Mantri Bhartiya Janaushadhi Prayojana only cater to women and girls and not across all gender and sexual identities. Under this scheme, the government provides sanitary pads at subsidized rates of Rs. 1 to menstruating women and girls through Janaushadhi centers but nowhere does this policy talk about extending the same facility to menstruators other than women which can be a real impediment for the transgender community who already suffer because of lack of resources and financial constraints.

Exclusion from various menstrual health policies and lack of resources further deepens the issue of period poverty in case of the transgender community and gender non-conforming people.

The existing menstrual health policies need to be reformed to include all menstruators in order to ensure equitable access to period products and at the same time there is a need to ensure that there are no gaps in the policy implementation and the service delivery of the same.