Celebrate Yoga Day with the Theme 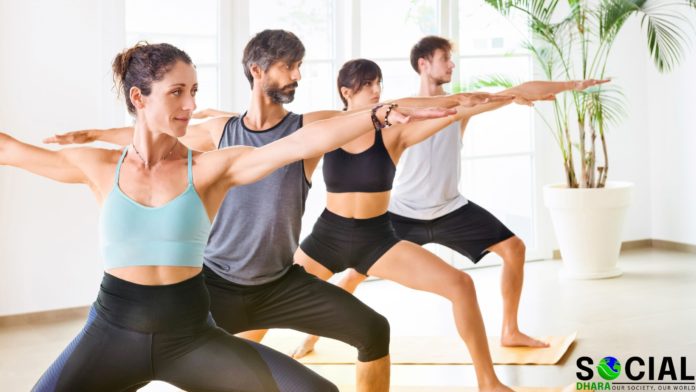 Two prominent personalities from India played a major part in getting a day for Yoga. One popularized Yoga worldwide and the other convinced the United Nations to declare International Yoga Day. They are Swami Vivekananda and India’s prime minister Narendra Modi.

Vivekananda, a disciple of Ramakrishna Paramhamsa, a monk from Calcutta went to the US to give his first lecture in the World’s Parliament of Religions in Chicago in the year 1893. He began his speech by saying, “Sisters and brothers of America”.  He got a standing ovation from the crowd of seven thousand people to these words. His speech is still considered one of the most effective speeches given by an Indian. He introduced in his lecture about India, Hinduism, and Yoga for the first time in the West. In less than a few years Vedanta Centers doubled across the United States.

Swami Vivekananda wrote a book titled ‘Rama Yoga’ that was published in New York in 1896. Manhattan, the borough of New York was known to be the place for cross-cultural transactions and trade, made it possible that the book reached all over the world. By the time of his death in 1902, Yoga was a real thing not only in America but many other parts of the world. Day by day it became more and more popular among American householders.

Narendra Modi addressed UN General Assembly on 27th September 2014 saying how Yoga helps us to find a sense of oneness with ourselves and how important it is to the world.

These words by our prime minister were part of what convinced the UN to announce World’s Yoga Day. On December 11, 2014, the United Nations General Assembly (UNGO) declared June 21st as International Yoga Day.

UN decided to announce June 21st as Yoga Day because Yoga began on that day.

Long ago before any religion was born, at the bank of lake Kantisarovar, there appeared a mystery man who came from nowhere. Everyone called him ‘Adiyogi’. He sat there closing his eyes without saying anything. People gathered around him with curiosity about what he was going to say. But he didn’t say a word or move a muscle. As days turned into weeks people became impatient and started to leave that place. Only seven men stayed there. They were Saptarshis (seven sages) the first disciples of Lord Shiva (Adiyogi). One day unusually he turned south as the sun moved a little south direction and he started teaching them. This was the beginning of Yoga.

If we observe geographically there are two solstices in a year. Solstice means the day with the longest or the shortest declination of earth. The shortest day in a year is known as the winter solstice. And longest day in a year is known as the summer solstice. During summer solstice the north pole of our earth tilts towards the sun with 23.4 degrees angle. From our perspective, we will see the sun moved a little bit south direction on this day. The summer solstice happens on June 21st. This is the same day that Adiyogi turned south and started his teaching.

This logo was selected by the committee of Yoga experts of Ayurveda, Yoga and Naturopathy, Unani, Siddha, and Homoeopathy (AYUSH) and approved by Narendra Modi.

We can observe folding hands around the earth in this logo which symbolizes Yoga. This also reflects the union of individual consciousness with universal consciousness. This logo represents the peace and harmony of mind with body and man with nature.

The brown leaves indicate the earth element, the green leaves signify nature, the blue expresses the water element, brightness conveys the fire element, and finally, the sun illustrates the source of energy and inspiration.

Theme and events of each year’s Yoga Day

The ministry of AYUSH organized the First International Day of Yoga at Rajpath, New Delhi on 21st, June 2015. Narendra Modi did Yoga for 35 minutes leading from the front. Two Guinness World Records were made by India that day. The first record was for the world’s largest yoga class of 35,985 people and the second one was for having the maximum number of participating nationalities (84).

The ministry of AYUSH organized an event titled “The National Event of Mass Yoga Demonstration” at the Capitol Complex, Chandigarh. More than 30,000 people joined with Prime Minister Narendra Modi on this day.

The ministry of AYUSH organized the third International Yoga Day on 21st June 2017 at Ramabai Ambedkar Maidan, Lucknow. More than 51,000 people participated in this event along with our prime minister.

This time the ministry organized this even at Forest Research Institute, Dehradun. More than 50,000 people participated in this event with Narendra Modi and the Chief Minister of Uttarakhand. More than 1,00,000 people gathered in the Yoga session in Kota, Rajasthan. This was another Guinness world record.

5th international yoga day held in different parts of the country but the main event was conducted in Ranchi on 21st June 2019. 40,00 people attended along with the prime minister.

Due to Covid-19 pandemic situation government advised people to stay inside their houses and to follow Common Yoga Protocol.

Most of the people even after get recovered from Covid-19 are still facing anxiety, psychological suffering, and depression. Yoga can help people to deal with such mental crises and face their fear.

Also read: Significance of Yoga During this Pandemic

As we are still in the pandemic of Covid-19, it is advisable for you to celebrate Yoga Day by staying indoors and participate in different virtual events related to Yoga. If you are an expert in Yoga, you can organize a Yoga Session for those who need guidance.