The Marriage Between Urbanization and Migration 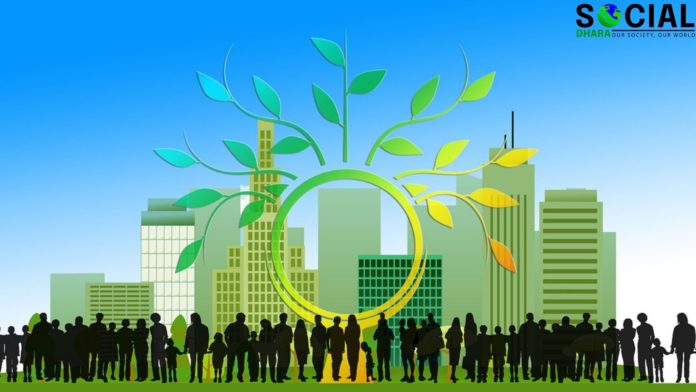 Migration and urbanization are not exogenous processes independent of one another. Both are intertwined and form an integral part of a wider social and development process with largely heterogeneous outcomes. In the globalization era when resources are mostly hypermobile and tend to flow easily from one place to another, migration forms an important aspect of urbanization which is a complex process.

Migration is essentially a demographic process in which people generally move away from rural to urban areas for a better standard of living, economic well being and various other allied reasons.

Factor price equalization is the foundation of the neoclassical theory. These theorists perceive migration as beneficial for the migrant-sending and migrant-receiving countries or communities. The movement of labour from the rural sector to the industrial or urban sector is seen as an important part of the key process which aids the urban sector by providing the much needed scarce labour and also helps in bringing down the surplus-labour in the rural sector.

This also implies that the process of urbanization and migration are interdependent because migration provides the much-needed labour supply for aiding the development of the urban sector by making labour available for construction, infrastructure development etc. which forms a major part of urbanization while urbanization opens up more employment opportunities for not only the skills but also the semi-skilled and unskilled workers who migrate to urban areas in search of jobs and other income opportunities.

In the development theories, the dominant views in the 1950s and 1960s were that returning migrant workers were seen as agents of innovations, technologies etc that would help the country gain socio-economic development. Based on this theory, it was believed that if the developing countries walk on the path followed by their western counterparts then they too will be developed.

However, recent evidence proves and show that the currently developing countries haven’t been able to achieve the trajectory of the developed countries and has thus created more informal workforce who have been displaced from the rural sector but have not been absorbed into the urban formal sector which has, in turn, led to the rise and persistence of the urban informal sector.

With increasing urbanization, migration from the rural sector to the urban sector has also increased as people were motivated and hopeful that the urban areas which were gradually growing especially in the developing countries will open up better income opportunities for them. Instead, it has led to an increase in the urban informal workforce which has become the downside of the increasing urbanization.

This view was completely on the opposite end of the spectrum. This view believed that instead of narrowing down spatial disparities in development, migration widened it. This view indirectly highlighted the negative aspect of migration, urbanization and development.

The historical-structuralist paradigm saw migration as a flight from the misery which furthered worsened development situations in the developing countries thereby creating adverse effects. This view gave rise to the increasing concerns towards brain drain in case of inter-country migration mainly and brawn drain in case of migration from the rural to the urban sector within the country.

These pessimistic views align with the cumulative causation theory by Myrdal. Cumulative causation theory holds that capitalist development is inevitably marked by widening spatial welfare inequalities. So, economic activities in areas and countries with an initial advantage drain investment and encourage the out-migration of the most talented populations from peripheral area and countries. Although positive spread effects also occur such as increased demand for agricultural products and raw materials trade from the periphery (or remittances) – these do not match the negative ‘‘backwash effects.’’ Myrdal, therefore, argued that, without strong state policy, the capitalist system fosters increasing spatial inequalities.

Apart from brain drain, another aspect is brawn drain which is the migration of able-bodied young men from rural areas. This is one of the reasons for a shortage of agricultural labour and the decrease in agricultural productivity.

Furthermore, migration is believed to increase inequality within migrant-sending communities. Because migrants tend to be the already employed, more entrepreneurial, open-minded, and relatively better-educated people, remittances and other benefits of migration would also disproportionally accrue to the already better-off.

Therefore, migration will not contribute to poverty alleviation. The gradual undermining of traditional economies is even likely to increase the deprivation of the (non-migrant) worst-off. This view highlights the downsides of increasing migration with increasing urbanization and how it is the migrant-sending communities and in most cases the migrants too who are at a loss as even after migrating to the urban sector, they do not find stable employment opportunities and end up in the informal sector which is as unstable and socially insecure as being underemployed back in their hometowns.

Both the optimist and the pessimist views highlight the effects of migration on the development process and meanwhile highlight how increasingly urbanized areas attract people and motivate them to migrate which in turn also provide urban areas with the much-needed labour supply.

The optimist view highlights the positive aspects of the migration process while the pessimist view brings out the backwash effects of migration on development but through their arguments both establish a relationship between migration and urbanization thereby making them a dependent process rather than an independent one.

Internal migration commonly known as rural-urban migration plays an integral role in the process of urbanization and is a major reason for population growth in India. According to the census of Govt. of India, 2005 more than 30% of the urban growth in India has been because of migration. Migration is one of the major reasons for the growth of the present global cities, especially in developing countries.

India being mainly a transitional agriculture-based economy to industrial economy encourages more people to migrate to the cities thereby leading to more diversification in the urban population and urban slums, informality etc. which has become a part and parcel of urbanization in the developing countries. Owing to uneven development and regional disparities, people migrate from the underdeveloped areas to the developed areas which are mainly growing city. Therefore, it is growing urbanization that encourages migration more than anything else.

In developing countries like India, poverty forces people to flee from rural areas to urban metro polities where they get better employment opportunities than they otherwise would even if it is in the informal sector. In the journey to economic prosperity, urbanization is an inevitable part of economic development which in turn encourages people to migrate to the cities. Thereby, urbanization and migration are truly dependent on each other in ways more than one.