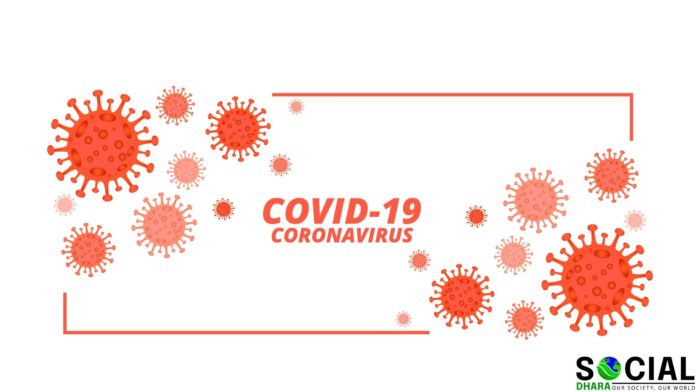 In this era, people are struggling for their survival. People face so many struggles in their life. How to feed their family? How to protect them and give them a place when their family can live. And now the world has to face this pandemic situation and every single individual faced many difficult situations. Covid-19 hits everyone poor as well as the rich and famous. However, India is not ready for this situation.

In India, before this pandemic, many people were already struggling for their living. But now they faced even more struggles. In India poverty is the biggest issue that people want to solve as soon as possible. Covid-19 situation attacked the Indian economy. Researchers show that after coronavirus many people faced unemployment and it leads them to poverty.

When the Indian Government declared lockdown and told people to stay away from each other because of Covid-19 there was just an unfortunate moment came for people who are away from their home for work. They faced unemployment and many people don’t even have money that they can stay where they were. And also transportations remained close for some time so, people walked to their home. So many people lost their jobs and livelihoods. The pandemic and economic disruption have hit the poor the hardest.

The permeable population fell deeper into impecuniosity. India is one of the most populated countries in this world and one of the hardest hit by the coronavirus. The country’s strict lockdown may have saved many lives but it also robbed many of their livelihoods. Millions of helpless and jobless workers started marching on India’s roads and highways.

The country has pulled millions out of poverty only recently. And millions of people faced margins with their families and they even didn’t have enough money to feed them. 37 million people fall back to extreme poverty. India faced two awful situations at the same time. People are suffering from starvation and death. Many families have been pushed to the brink as a result of the current public health crisis and the situation seems to be getting worse by the day.

As the economy ground to a halt the heart-wrenching scenes unfolding across states sharply brought into focus the inability of the state of machinery to deal with the crisis of mammoth proportions.

In the end, the government began opening up the economy in phases even as the virus kept spreading throughout the populist nation. As result, thousands died from the virus and millions were pushed to the margins of extreme poverty and destitution.

There is no doubt that the economy has taken quite a hit like most other economies around the world. This is the biggest economic shock that the world has seen since the great depression and World War 2. It’s not just migrant workers who have found their means of livelihood suddenly vanishing. Poor people in the country’s villages are also struggling hard to survive.

India has been battling hunger for decades. In recent years it achieved high economic growth and succeeded in taking millions out of poverty. But the battle is not even half won. It remains widespread and it still had 195 million people or 14.5% of the population malnourished. The Economic contraction now pushes millions back into poverty.

In the meantime, the battle against poverty and hunger continues. The government is coming out with more measures to alleviate people’s misery.

The pandemic and the lockdown dealt a hammer blow to all sections of society especially the poor. Already struggling on the margins before the virus struck. They are now living from hand to mouth since the crisis has snuffed out their usual means of livelihood.

Since the virus struck thousands of migrant workers have lost their jobs in an economy struggling to survive amid the raging pandemic. It shrank almost 24 per cent in the second quarter. One of the worst contraction among major economies. Millions of people are also expected to slip into extreme poverty. With all sources of income drying up. The dwindling earnings of millions of people in the country have vanished following the lockdown and economic slump. Even on the outskirts of the country’s financial capital Mumbai tens of thousands of workers are sitting idle, facing starvation and penury.

A city of palms once called Manchester of India. Hundreds of thousands of power loom dotted the lanes and by-lanes of this congested town on the outskirts of Mumbai, The commercial capital of India. Millions of workers across the country flock to the textile hub that contributes to roughly 60 per cent of the total cloth production in the country. And also around the same amount of fabric for exports. But the constant hub of power looms has now mostly fallen silent.

Over 40 per cent of the looms are now closed and owners have sold thousands of others because they can’t afford to run them anymore.

In late March, after the lockdown was announced the power looms ground to a halt.

The uncertainty and extreme financial stress are driving some people around the bend. And it’s not just happening in the country’s small towns. It is happening in the cities as well. It’s completely heart-breaking people have to commit suicide because they are not being able to cope with what’s happening around them. It’s a very strong reflection on society and the governments we have.

Economic strain and poverty are pushing people to the edge. India was doing very well in recent years and had even become the fastest growing economy. That’s now part of history will all the games fight against poverty be lost because of the pandemic.

India has been struggling with hunger and poverty for decades but since 2000 it has achieved remarkable success in reducing absolute poverty. But today the International Labor Organization has painted a grim picture of India’s poverty levels it now warns that as many as 400 million Indians incorporating migrant workers and daily wage earners are at danger of being pushed deeper into poverty because of the pandemic.

Despite the bleak scenario, the government remains proud of its achievement in helping the poor breakouts of their poverty cycle. But in reality, a different story has been unfolding at least the last year since the outbreak began. It’s not just poverty in villages urban poverty has increased as well.

The government meanwhile is considering the option of another fiscal stimulus package to kick-start the economy and alleviate their misery and pain. It also believes that a rapid economic recovery is likely when the pandemic ends. India has been ranked 94th on the word hunger index for the year 2020. The global index which calculates the level of malnutrition in over 100 countries shows India’s hunger level to be serious.

The coming months will indicate whether such optimism is justified. For now however millions are living on the brink of starvation.