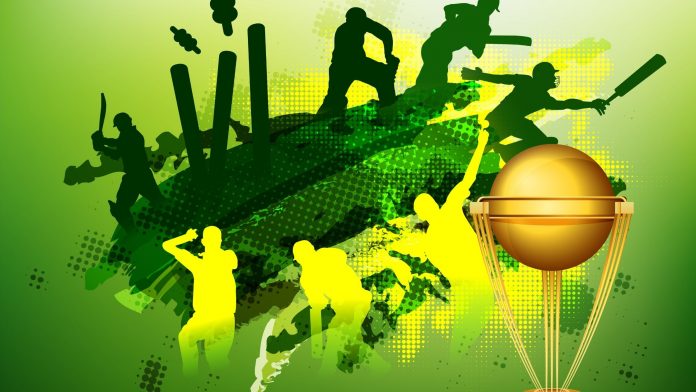 There is absolutely no wrong if we say that Cricket is liked in India to the point that many people can be said the devotees of cricket. A nation with the world’s 17.7% population, when adores a sport too much, would definitely put an impact all around the globe. Although cricket was originally invented in England but the sport has its maximum fan base in India. The Indian populous follows the sport more than any nation around the globe, even more than the place where it was originally invented. The Cricket love is embodied in grass root levels in India. Most of the kids have “Gully Cricket” as their favorite evening sport when they go out to play. We could see Cricket being played from big grounds with professional kits to steep alleyways with only Bat and ball in India. It is also being said that Cricket unites India despite its diversities and against all odds, this can be proved by looking at an example of 2011 when the whole country was elated and shouted in happiness when we heard the words from Ravi Shastri that “MS Dhoni finishes off in style a magnificent strike into the crowd…. India lifts the World Cup…….. after 28 years”.

Cricket is not just simply a sport, but it has a popularity of that of a religion, with sentiments and emotions attached to it. If Cricket is a religion, Cricketers can be said the idols. These cricket icons are plenty in number from Sunil Gavaskar, Kapil Dev, Nawab Pataudi, Sachin Tendulkar, MS Dhoni, Virat Kohli, and many more. It must also be mentioned that Sachin Tendulkar has even been given the title of “God of Cricket”. With such a huge fan following of cricketers in India, we can derive the foundation of Fantasy Cricket. With innovations in technology and the advent of the Internet and its accessibility to large populous can be the second reason for the development and popularity of fantasy cricket. The technological developments bought with it the bag of new ideas; one such is fantasy cricket.

Fantasy cricket is a type of online sport, where Everday’s cricket matches are listed and the user can create his own team in those cricket matches comprising of players of both the playing teams. The user will get reward points and cash if the selected player of the user performs well. In order to play Fantasy Cricket, one needs to install a Fantasy Cricket App like grandleagues. Then the user needs to select an upcoming cricket match listed in the app. The selection of the match will lead the user to a section of ‘Create Team’ where the user needs to create his team comprising 11 players. The user can select players from both the teams playing the match. Then he further needs to enter the contest by depositing some amount of money. The contest begins when the actual real-world match begins and the performance of the selected team of the user starts displaying on the leaderboard. The user whose team players perform the best in the match earns maximum points and leads the leaderboard.

The reason why fantasy cricket gives so much excitement to the users is that they get a sense of being in an actual match. The fantasy sport cannot be said a type of gambling but rather it is a proper skill-based game that requires proper knowledge about the players and the sport. In India, its popularity also boomed due to its linkage with the tournaments Indian Premier league. Fantasy Cricket also entices the cricket fans as it gives them the sense of control and authority to choose what player will be the part of their team, based on their performances. There are around 100 million users in India of fantasy Cricket and various Fantasy apps being listed on the play store on daily basis.