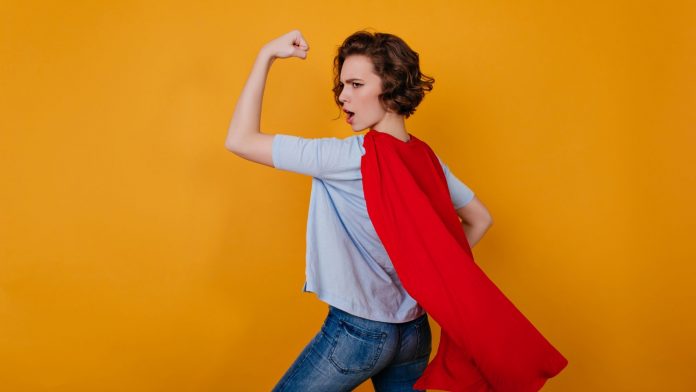 Society has always expected girls to be perfect, to be in a well self-portrayed image with no flaws in them basically a human with no imperfections. Teaching girls to be perfect can sometimes be dangerous because while aspiring and expecting them to be flawless, we do discourage them for who they are and why they are unique from others. From our childhood, we are taught that girls are to be perfect and boys have to be courageous and bold, as one must understand that bookish knowledge is incredibly little than that of real-life experiences. Society should start embracing their inner beauty values over physical beauty.

Women empowerment isn’t a new concept and its need was sensed much earlier, even before independence. The basic rights in our country could also be a luxury for several of the women out the globe. Life isn’t a straightforward journey because as girls they need to go a lot through this feminine foeticide, domestic violence, physical assault, forced marriages, and discrimination are a number of the few challenges that are highlighted here. Gender bias has prevailed and spread in our society that even the basic right to education isn’t being provided to them. Educating the girl child in order that they act as a catalyst for the society instead of the hindrances within the way to success.

Role of men in the empowerment of women

Empowerment should be basic. It is considered empowerment only when there will be a way of imagination, liberty in our society. When a man says he stands in solidarity together with his women that’s what our society actually needs from this generation. The role of a man as a father, brother, husband, friend, or colleague is incredible, and building the image is phenomenal because in any case, they are the pillars and support system to women. Financial independence is extremely crucial because it builds up their confidence, makes them a decision-maker not just for themselves for society but for the family also.

Women do need the assistance and support from men end to ascertain themselves in society, nevertheless, they are not less than men in any aspect of the field i.e. from job work, games or sports, education to politics. In every field, they are creating history but as in certain areas of the sector where both the cooperate from each other’s end. Men should share their power and support to females so the crimes will be minimized which may only happen when there’s gender inequality in our country.

Gender inequality is the need of the hour for society because it exists everywhere within the world however it comprises all gender who are complementary to each other. Inequalities generally arise due to stereotypes, biased behavior, roles, and responsibilities towards one another. So, gender inequality is the need of the changing hour not just for the long-term growth of the individual females but also male community, society, and economy as an entire.

Why women’s empowerment is needed?

Raising the status and class of women, giving them civil rights as that of men, letting them create independent choices, increasing the literary rates for girls, giving them security and protection is what is called empowering women. Women are always under cultural and societal pressure to be perfect and flawless.

Women empowerment is raising women from the patriarchal societal boundaries as they need the right to have each and every facility which men can have. Empowering the women is the motto of a developed country because when a girl is educated she educate her whole family and society, which brings a dynamic change. In true essence a transparent view of how a society develops and ensures their effective role in and off household.

How to contribute to growth when we can’t achieve or create equal opportunities where gender inequality isn’t only a difficulty that’s prevailing within the society or country but also to economic challenge. Patriarchy has decided the course of women’s lives for ages but now all the stereotypes will break and empowerment will arise to kill the orthodox mentality of society who wants to have boys but not girls. Gender stereotypes are the traits that one gender that is relative holds more power than the opposite. Women aren’t given the identical status as men and because of which countries are losing trillions of their wealth because of the difference between the earning of men and women.

The problem of stereotypes will be eradicated by educating children from their childhood it’s essential to show the students the importance of gender equality. How these stereotypes are the barriers to the growth of girls and society. Toxic masculinity and patriarchy that’s still prevailing and its adverse effects from children to adults. With age, children become more responsive to gender stereotypes and begin making judgments applying the gender stereotype. These are socially unaccepted thoughts that shape unconscious assumptions about people’s background that’s their skills, attitude, behavior, which is the root that differentiates the gender. rather than that girls need to build and boost their confidence and career in life but the reality is that both male and feminine hold a negative impact on ladies in society. Break the stereotypes of gender roles to facilitate the process of a women’s success.

Real women empowerment will happen when there’ll be no need of talking about it and when we think they can do it. Girls have the proper to measure, the correct to education, and also the right to opt-out of their career, that our family and society play a really crucial role in determining the course of our lives as women. Our vision is to empower the women out that they are strong enough to fight over their regular battles and reach a grip, where to need to be. Empowering them with knowledge, power, awareness, and skills are the tools that will embrace their growth in life. Educating and empowering one woman within the society means making other ten women also aware and education resulting in a healthier lifestyle with a far better scope for the longer term. Hence it’s all about allowing and equipping women to create life-determining choices across to different issues within the country.