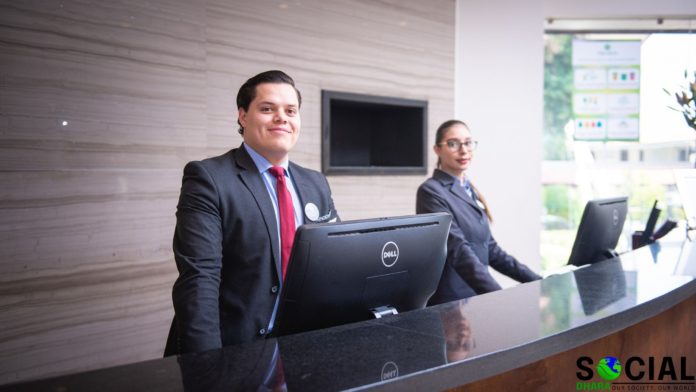 The concept of wage discrimination

Wage inequalities are prevalent across various groups and sectors of the Indian economy. In most cases, these inequalities lead to wage discrimination as people with similar skill sets are paid different level of wages owing to their social identities including gender, race, class, religion. The most prevalent form of wage discrimination in India is either caste based or gender based. Male workers consist of almost three-fourth of the total workforce and their average wage is at least two and a half times more than the average wage for their female counterparts. There are gender based disparities across India irrespective of labour status, region, sector, or occupation. In spite of a fall in the wage inequalities with time, it is still very much prevalent in rural as well as urban labour markets.

Reasons of gender based wage discrimination in India

There are various underlying reasons and interconnected issues that lead to gender based wage discrimination which includes education levels, skills, societal construct, social attitudes, and preconceived notions etc. which in turn lead to various socio economic disadvantages for women.

Employers’ biases owing to various social constructs and attitudes can be one of the major reasons why women get paid less than men for the same job and similar skill sets. Employers, often, are of the opinion that women are less productive than men because they are physically weaker and also they cannot commit as much time as men because they also have to cater to the unpaid care work. These biases often push the employer to not hire women and even if they are hired, they are paid lower wages than men for the same number of hours and similar work done. In spite of The Equal Remuneration Act of 1976 which guarantees equal pay for equal work for women, being in place, women mostly settle for lower wages than their male counterparts out of the fear of not finding employment at all. This allows the employer to systematically exploit women and also earn higher profits by paying them lower wages. This can be attributed to employers’ taste for discrimination. According to Becker’s Theory of Taste for Discrimination, people might have preferences in the kind of people they want to hire or buy things from which can lead to employers discriminate women by either not hiring them at all or hiring them at systematically lower wages than men. Thus, we can say that employers have a taste for discrimination on a gendered basis. This kind of discrimination can be a reason for employers’ own tastes or the preferences of the co-workers.

Another reason for women being paid less can be their skill sets not matching the skills of men for the job that they both are applying to. This can be due to women being systematically denied opportunities, being restricted from pursuing higher education etc. which ultimately put them in a disadvantageous position when they are out in the job market. Women, especially in the rural areas, are systematically oppressed and denied from going far away from homes thereby leading them to not acquire necessary skills to compete in the job market which leads them to settle for low paying jobs concentrated mainly in the informal sector.

Wage discrimination in India over the past decades

Over the years, the gender based wage gap has narrowed down. The female to male wage ratio was 0.60 in 1994-95 which stood at 0.67 in 2009-10. This significant bridging of the gap can be attributed to the MGNREGA scheme of the government that has provided non-farm employment opportunities to women in the rural areas to a great extent. Even though this is significantly a positive development, gender based discrimination in terms of employment and wages is still very much rampant in the Indian economy (Papola, 2012). In the case of formal sector, Delhi and Punjab showed a trend of reverse gender disparity in 1993-94 which meant that the average wage for females were found to be higher than the average wage for males. However, the trend turned around by 2011-12 i.e. the wages for males were now found to be higher than females in these two states. In Haryana and Manipur, women’s wage rate was at 94% of the wage rate of men in 2011-12. In the same period, for states like Meghalaya, Rajasthan, Sikkim, and Goa, it varied in the range of 80 to 90% while it was 70 to 80% of the wage rate of males for states like Tripura, Kerala, Gujarat, Jammu and Kashmir, Maharashtra, Mizoram, Nagaland, Odisha, and Karnataka. However, most of the states in the East didn’t fare well with female wage rate being around 58 to 59% of the male wage rates in Bihar, Assam, and West Bengal (Kannan, 2018).

Remedies and policies against discrimination

Given that the cost of discrimination is borne not only by those who are discriminated against but also the entire society, it is important to take policy measures to reduce discrimination as much as possible for overall social and economic growth of a country. There can be two alternative approaches- state interventions through regulations and free market operations. One stance states that in competitive markets, it will be the employers who will have to bear the costs of discrimination along with the ones discriminated against thereby eroding profits which will ultimately push the employer to do away with discrimination thereby ensuring social equality and overall growth in the long run. However, one problem with this stance is that in spite of markets being competitive, discrimination can still be very much rampant and prevalent as has been the case with many developed countries all around the world where racial discrimination is extremely prevalent. Secondly, the real scenario is far from theory. Mostly, markets are either oligopolistic or monopolistic in nature thereby giving the free will to the firms to do as they wish. In such a scenario, what are required are regulations and legally binding formulations that will prevent employers from discriminating. This is the second stance. For example, in the Indian context, there are reservations for the SCs and the STs and OBCs and women in public sector jobs and in educational institutes as well according to Government mandates. However, in the private sector these policies are not applicable as such which makes discrimination much more pronounced in the private sector than in the public sector. Hence, this is why it is all the more important for Government to intervene and provide reservations as and where possible for the marginalized groups to counter the discrimination that they face in the places where these policies are absent or inapplicable. However, it is not an easy task to counter years of discrimination that these historically oppressed groups faced as there is an intersection of religion, class, and gender as well which needs to be taken into account while formulating interventionist policies as remedies for caste discrimination.

Policy contributions to increase female youth participation in the workforce

There is a need for the Government to step up their policies in order to incorporate more young females into formal employment with added benefits like social security measures. The two broad areas where direct intervention is needed is education and skill development. Government needs to make education opportunities more inclusive and the idea of public education should be promoted rather than privatizing education. More importantly, the young outgoing college students especially women should be equipped with relevant skills so that they can find jobs easily in the job market. For example, the government recently has launched Swayam which is an online course platform that aims at providing certification programs for professional development and upskilling. The Government should also focus on entrepreneurship development so that the youth can become self employed and they do not have to rely on others for jobs and placements. The government has launched an initiative called Startup India and Skill India which aims at extending grants and funding opportunities to young people with business ideas to encourage entrepreneurship and innovation. However, it is essential to make sure that these opportunities are inclusive and accessible to all. For instance, most of these initiatives require access to internet, smart phones, and laptops which mostly the urban youth has access to but rural youth lack these infrastructural facilities due to financial constraints and opportunities. Hence, these drawbacks should be taken into account and the government should ensure these facilities to the rural youth through government schools, organizations, skill development centers etc. Inclusivity and equality for all in the opportunities for youth is the key to ensure maximum youth participation in the labour markets.

Also read: The Debate on Wages for Household Work

Mehrotra, S. (2019). Inequalities in the Gendered Labour Market: What can be done? Centre for Sustainable Employment, Azim Premji University.

How to battle Acne and win?