HomeSocialFake feminism, does it exist in our society?
Social

Is feminism only for women?

Feminism is a simple, popular but complex topic to speak and understand about. Feminism is the most overused word nowadays. Then what does feminism actually means? It’s supposed to be a revolution, a group of campaigns asking for equality and supporting women. However, now some logic is there from the feminist movement where females have a stronger side whereas the opposite side i.e. male community is jeopardized and somewhere within the middle pseudo-feminist impairing the complete movement.

Feminism is knowing that woman is beyond her body to treat her as a human being than as a woman, an individual should be respected regardless of what gender they carry. Feminism may be a person’s lifestyle within the boundaries of their choices. Because when humanity is core at a person’s thought process all other ideologies are built around it only. Modern-day feminism is toxic, is it?

We do know what feminism means but then there comes pseudo feminism which is usually misunderstood with the word feminism or fake feminism hence taking their shadow within the name of feminism. These are the pseudo-feminist who demean men and took the incorrect advantage within the name of feminism. These feminists want equality without losing all the perks of being a lady while depriving men of their perks, feminism sees that females are the sole gender that exists.

Whenever feminism involves the people’s mind it should be not about fighting against patriarchy but to fight with the fake feminist that’s creating hate for the male community, polluting the society with their fake identity as it not only dilutes what is real feminism but also make all the efforts that the real feminist put that is worthless! They will be okay with calling ‘all men are same’ but in reverse, if someone says ‘all women are the same’ they will go insane and mad, they are basically misandrists.

Ever some women fight for equality, but that equality means both for males and females, and not being gender-biased and women are stronger than men, they have more power than men, women are better and making their name within the society, changing the society.

Some cases of fake feminism in India

Feminism could be a lot more about just gender equality. Feminism is about equality, but it’s more about changing the attitude too. As society becomes more equivalent, men perceived it as feminized dominating by women overpowering men. When our society is accustomed to patriarchy where there’s male dominance and oppression of women. Hence, the female is to encourage women is to celebrate femininity which is powerful as masculinity, so it had been of uplift women’s voice against inequality against them.

So, it had been named as ‘Equalism’ rather than ’Feminism’ then? Women wouldn’t have understood that femininity isn’t an indication of weakness and submission and also the word, Equalism would is less effective. So, it’s just called ‘feminism’. Feminism is about drawing attention in order that society is attentive to the women’s rights and issues that they’re facing on the other hand suddenly and feminism is now all about women neglecting men. But the word Feminism doesn’t mean that only women are the one who is meant to be feminists, even men out there in society who believes that ladies are equal as men, they can be feminists too which won’t make them less of a person. The full purpose or movement is to indicate to society that ladies are capable as men altogether aspects of society.

The major problems related to feminism get into society with feminism is that they’re misunderstood as talking on a broader concept, then there are few things with feminism

The main obstacle is that the pseudo-feminist made themselves as victim card and because of which the women that need feminist support are deprived as of fake feminists. Talking about the law is that the feminists fake to prove themselves guilty or they are the ones who faced the violation and use the law to threaten innocent men.

Feminism isn’t female superiority. Feminism is a part of human rights, it isn’t about undermining and rejecting the male community rather it’s about giving equal basic rights to both the sex. A real woman doesn’t need the tag of feminism to be strong and bold not saying that does not support females, because there are some oppressed women out who need validation and rights back but as the pseudo-feminist exist therefore the women who genuinely needs support are deprived of getting those. But being in capable of men and getting proper in parity, chances are high that what feminism is. 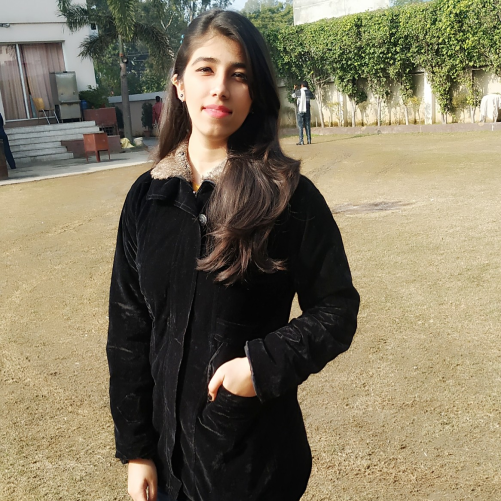 10 Interesting Cultures and Traditions Across the World

Foods You Can Cook In Your Hostel Room To Survive The Day!

Importance of Blogging for SEO and Marketing Strategy

Honey Bees – Sweetening The Deal, Some Perspectives and Challenges

How Covid-19 Changed Our World