How to End Female Genital Cutting? 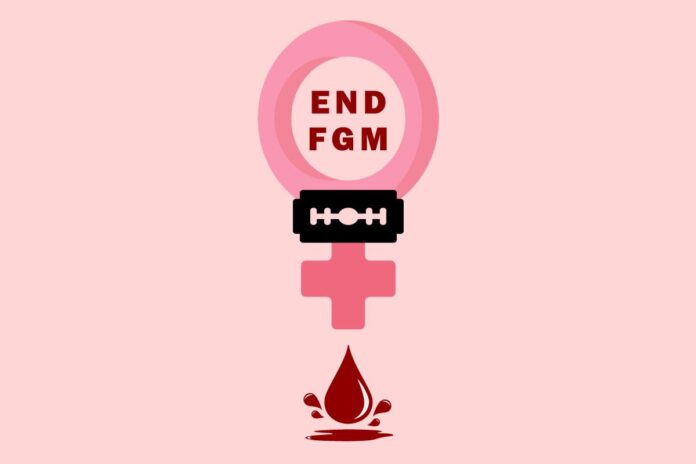 For anyone who knows the procedure of female genital mutilation, knows how daunting it is to even think about it. Female Genital Mutilation (FGM) is the procedure in which female genitals are forcible removed, damaged, or repositioned. It is mostly done without anesthesia due to lack of awareness and resources and is completely a cultural and social norm with no religious or medical reasons. It’s also known as female circumcision or cutting, and by other terms, such as sunna, gudniin, halalays, tahur, megrez, and khitan, among others, used by various different ethnicities. There are people who are unaware of it, some know but don’t want to talk about it.

The World Health Organisation (WHO) has identified four types of FGM which are practiced in different parts of the world, mostly African and middle east countries.

Story of a FGM survivor

Global citizen, an international organization whose objective is to raise awareness about the social evils of the world’s different societies, shares with us the story of an FGM survivor. Her name is Leyla Hussein, she says that the sole reason she was told about why she was cut was that fidelity of her marriage should not be disturbed by her which represents the basic idea why most communities perform FGM which is to curb female sexuality and in their sense to make women pure, there is no medical reason behind this inhumane practice just a feeling of senseless apprehension. She labeled ‘gudniin’ as child abuse and asserted that the world has yet not tackled FGM because the majority of it affects only black girls. We all know that there is truth in her statement, out of 54 countries in Africa FGM is practiced in 27 countries including Senegal, Ethiopia, Egypt, and Tanzania. In the world, every eleven seconds a girl is being cut and this should infuriate everybody.

Also read: Importance of Fruits and Vegetables in Regular Diet for a Healthy Body

The immediate pain of FGM is unmatchable. It can even lead to death due to shock, bleeding, or tetanus among other reasons. Imagine a piece of flesh being cut off from your body by pinning you down by your own mother and grandmother using a sharp burning knife, the sense of betrayal and pain is daunting. There is immense bleeding and the recovery period after the surgery can take up to a year. The long-term effects of FGM vary depending on the type performed and the hygiene conditions under which it is performed. The consequences include recurring infections, chronic pain, reproductive and sexual problems, psychological problems, complications during childbirth, and increased risk of HIV transmission (one same tool is used in a ceremony to cut a large number of girls at a time this results in a risk of HIV transmission).

The lack of awareness about the practice often results in several misconceptions even to some medical professionals. There is a need to educate society about female genital anatomy and history so that people can learn and share the right information which can catalyze the erasure of FGM.

Women that have been cut share all the same experience. It is not true, depending on the type of FGM surgery performed and medical resistance of the girl or women the experiences can vary widely. Many suffer from very serious consequences while others lead their lives normally. Some women may feel sanctified, while others feel incomplete for their whole lives.

The clitoris is a small organ that is removed during the cutting. It is not true, fortunately, the advocates of FGM fail to realize that the clitoris is not just a bulb or as they call it ‘booti’ (Dawoodi Bohra Community, in which female genital cutting is prevalent, calls clitoris ‘Haraam Ki Booti’) but a big deep organ that measures 12 centimeters. During the procedure only the glans are removed, so the focus here should be that with proper care and attention women can be treated because the clitoris is still there.

The women that are not cut are hypersexual. It is shocking to know that in today’s society where we are talking about the rights of the LGBT community, people with variant sexual orientations some people still believe the fact that the existence of clitoris can lead to hypersexuality and promiscuity. This idea is absurd and outrageous.

We need to ensure that we break these myths and taboos around female sexuality so that millions and millions of women could be saved and relieved from this practice.

How to take care of women who have experienced Female Genital Cutting?

The women who have experienced FGM face certain health problems and complications related to their cutting. Education related to nursing and obstetrics must be universally introduced. Medical centers or clinics with professional doctors have to be opened in places where FGM is practiced so that the women who need any sort of medical advice/care or surgical help can easily approach these clinics and get treated. During sexual intercourse after marriage or during childbirth traditionally these women go under the process of Defibulation (opening of infibulation – reconstructing the labia) which is done by either their husbands or other people from the community, these medical clinics can offer to perform safe and hygienic defibulation. Defibulation can treat obstetric, sexual, and painful complications. Girls and women who have experienced FGM suffer from mental traumas and have unreasonable fears and doubts, professional counseling and talking can treat them and break their fears which will help them to make informed decisions about their bodies and whether or not they want to go under treatment surgeries like clitoral reconstruction ( a surgery that reexposes the clitoris under the scar) or defibulation.

How to End Female Genital Cutting?

In Africa alone three million girls a year are at risk of being cut. When we hear these figures our first target of anger is the families of these girls who let them through this practice but we need to understand here that these families are like any other family, these mothers are like all the mothers of the world, they love their daughters. It has become their social norms which they practice to fit into society, to feel their presence and skin in their community.

The key to end FGM is to make these communities believe that this practice which they are performing for a very long time is a violation of human rights. If one single person from their community decides to end this practice things will change for their daughters or granddaughters but they will still have to face the indignation of the society because the rest of the community still thinks that it is the right thing to do.

So, the ultimate solution is to educate these people about the consequences of female genital cutting and collectively shift end this social norm. It will end when we all will come together to talk about it and then question it. While in some places it is unawareness that is leading to FGM, there are also some people who are fully aware of the consequences of it but still decide to perform it on their daughters under in the name of the religious requirement but nowhere no religious scriptures advocate it. Mumbai abounds with untrained midwives who continue to scar young girls from the Bohra community. Dawoodi Bohra community, a religious denomination within the Ismailism branch of Shia Islam community calls FGM by khatna, it a Bohra ritual of cutting the clitoral hood in young girls, it is defined as type 1 FGM by the world health organization.

We hear every day around us that the world is changing, that women are at higher places than they were before, but the truth is not what we hear but what these little girls have to face. The world is still a dystopia for them. For most people, their first instinct when they learn about FGM is to look away because it is too hard to even comprehend it. As horrifying as it is, the fact that there is no law against it in India is blood-curdling, Female genital mutilation petition is pending before Supreme Court since May 2017.

Be the part of the change, join this petition –

change.org and volunteer for Sahiyo, Sahiyo is a non-governmental organization founded in 2015 whose purpose is to advocate women’s rights and end the practice of female genital mutilation, principally among the Dawoodi Bohra community in India.

Garima Wadhwa
Garima is a budding writer who likes to create awareness against social taboos through her works of passion. She is currently pursuing LL.B. from Panjab University, Chandigarh.