HomeSocialWhat led to the status of women, decline?
Social

What led to the status of women, decline? 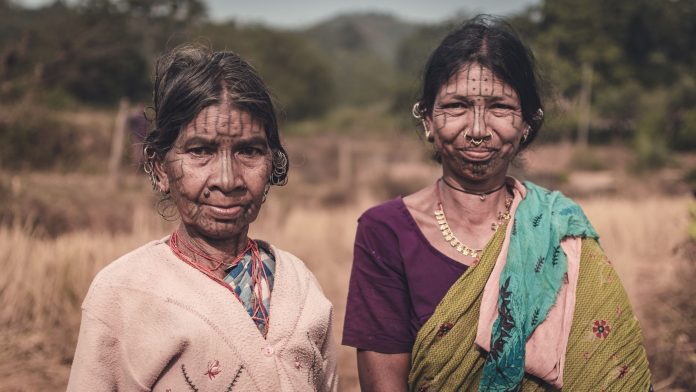 From olden times, stories were heard of men beating women to impose their strength on the so-called ‘feeble’ creatures [women and children]. There was definitely a driving force behind it that led these dehumanizing values to pass from generation to generation. Women and men are assigned roles from the day they are born and these are extensively the very same ‘gender roles’ which puts trash in the minds of young boys and girls what they should do and what they shouldn’t. Women were considered to be of ‘lower sex’ both in terms of power and potential. Here, it wouldn’t be an exaggeration to quote a well-heard quotation that would fit this argument; ’Although women are feminine in sexuality, they are definitely masculine in potentiality’. It is a beautiful quotation that dwindles the corroboration of all those who ascertain their own superiority in terms of their body power.

It is difficult to know when women beating became prevalent or what reasons made men think that they are above women. Classical myths and texts could be one reason as we know literature tells us history and the prevalent norms of the nation where it belongs to. If we take Bible, for instance, we all know that it was Adam who enjoyed the benefit of ‘first existence’. Eve was merely created to remove his boredom and to give him mental strength. She had a secondary existence in that case. She was a lowly creature as far as her presence is considered. She was held responsible as a person who brought woe to this world by eating the forbidden fruit. Did this one instance make women be considered as one with ‘weak mind’? The difficulty of the argument arises because it is nearly impossible to ascertain the roots of ‘patriarchy’. Did it arrive among humans because of the indirect allusions to it in the myths or was it present already among the human beings?

The subjugation of women in India

Everybody knows that in India young girls are considered Mata or Goddess. But that same girl when she turns to a woman is considered an ‘object’. She is felt like an object which can be traded. What leads to this change? It is almost bizarre as it must be sounding right now. Like among Christians as stated earlier, in India too, women had secondary existence and this can be looked upon as a now illegal but then prevalent act of ‘SATI’. A woman, it was felt had no individuality without the title of her husband. Indian mythical books say that a woman is a liability and had no status if it’s not for her father, husband, or son. She is an object to be preserved. It is then no exaggeration to say that earlier when women were married, their mothers would pass on the age-old sayings which are still heard by every to-be bride. She says, do not ever let us down by raising your voice to your in-laws and never question your husband even when he beats you, just keep mum. Although nobody can agree to this today, it was present and its complete absence nobody can vouch for.

You must have come across many books. At least once, you should read the 18th -19th-century poems and stories written by female writers to know the situation of women, be it in India, America, or Britain. Take for instance the essay by Virginia Woolf called ‘Shakespeare’s Sister’. She gives us a whole new world by familiarizing us with the fictional character of ‘Judith Shakespeare’. In the beginning, she begins by talking about Professor Trevelyan’s, ‘History of England’, where he writes, ‘Wife beating was a recognized right of man and was practiced without shame by high as well as low’. This is a painful sentence that is true for the entire world which treated women biasedly and to some extent, still does.

Next, it will suffice to allude to Toni Morrison, an Afro-American author’s book, ‘Beloved’. Beloved is a book that covers the haunted life of colored women. Those women were raped openly and beaten till bloody. The men in the novel question their masculinity only when they fail to act as ‘protectors of women’ or when they aren’t able to exercise their role in a sexual activity as ‘giver’. Women, if it’s actually noticed are like slaves to these gendered roles and masculine force. She is a giver only to the extent of giving birth otherwise even in sexual intercourse, she is created as submissive.

Be it, women or men, mental torture can be faced by anyone. Though a woman is expected to behave, know and react in particular ways which show her as ‘chaste’, no such impositions are put on their counterparts. You wouldn’t find any ‘rebel’ women characters in most of the mythologies. They are always soft and timid and these are the qualities of them that are praised. A man isn’t judged if he is bold rather, he is thought of as being more masculine if he is. When a young girl is taught by her mother the expected way she should behave or told this, ’don’t do this, you aren’t a boy’ seriously impacts her mind and makes her devoid of certain manly pleasure. The reason to call it a ‘pleasure’ would be because a child when she grows, would want to experience everything and know for herself how she should be. When a child is denied of this, she goes through mental pressures always conforming to the societal norms. A married woman also stands in a vulnerable position where her say is not considered to be important enough to be heard and she is shunned every time she tries to open up her mouth. This does hamper the mental growth and for me, this oppression and caging of women at her own home and outside is what has made the whole community of women ‘COY’. Coy in the sense that women, be it good or bad are filled with deep emotions and regards and this is because they go through this pain for their entire lives.

How much do men suffer in this?

You will be surprised to know that the subjugation of women also affects men emotionally because their actions are also fixed. The subjugation of women says that women are timid and thus they are open to being emotional. What about men? Men also do feel sad and at times they too want to cry, but if they do, they are called ‘sissy’. This is the ultimate trash that is put inside our brains which makes us think of a crying man in terms of his masculinity.

So, considering all the stated points, in our society men are oppressed too, not to the extent of women but to their own extent where they are not allowed to be emotional freely. Women and their oppression have a long history and it is because of the literature that we get to know the status of women in the then era.