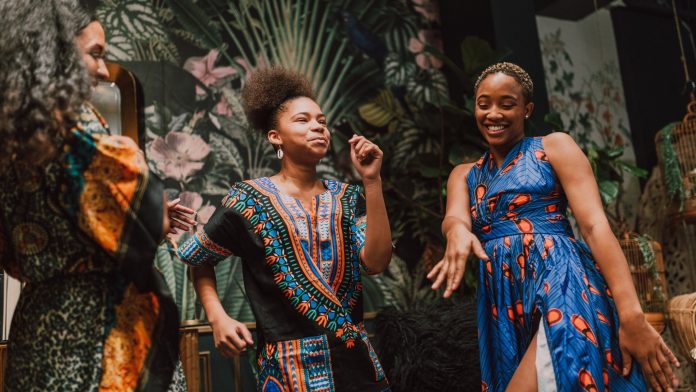 Fashion and popular music have a creative partnership that is plentiful and mutual. Some of the most dramatic garment visuals ever developed in popular culture have arisen from reciprocal effects. Some are remarkable stage and music video creations, while others become long-lasting fashion fads that become notable, referential, and lasting in society.

There are three collaborations. One is when fashion designers and celebrities in the entertainment industry construct fashion to fit a specific purpose. When adolescent subcultures express themselves through fashion, another partnership arises. The third is when a musical topic or trend is interpreted by the fashion industry.

Although there are few good examples of this relationship, music celebrities, and designer collaborations have changed the trajectory of fashion. These unions have had far-reaching consequences.

The whirlpool corset dress worn by Madonna on her 1990 Blonde Ambition tour, which contributed to the trend of wearing bra tops and less clothing, was created by Jean-Paul Gaultier. Grace Jones’ collaborations with art director Jean-Paul Goude, who turned Grace Jones’ body into a fashion item in the 1980s, resulted in breakthrough music videos and product advertising. Grace Jones’ hairdo, on the other hand, became a significant fashion, and when young black kids replicated it, it was dubbed a “high top.”

Madonna and Grace Jones worked as muses for creative designers, and their musical representations became widely interpreted reference points. The photos created as a result of these partnerships were significant, particularly in terms of how they shifted perceptions of classical beauty and gestures.

Many collaborations between the artist and the designer or stylist frequently result in a reinforcement of the current adolescent subcultural fashion. When fashion and music are related to subcultural expression, new viewpoints, methodologies, and fashion resonances emerge.

Since the beginning of popular music, this article has highlighted the most important partnerships in a non-chronological order. Goth, Skinheads, Northern Soul, Funk, Independent Music, Rock, Grunge, Soul, Dance, and Drum & Bass cultures and collaborations are not included in this review. Nonetheless, it demonstrates the roots of inventive music and fashion expression.

The Influence of Music on Fashion Bobby-Soxers-

The birth of rock’n’roll in 1951 sparked a surge in youth culture and popular culture. In the 1940s, American adolescent females known as bobbysoxers became famous not just for their outfits, but also for their fervent devotion to male crooners like Frank Sinatra.

Ankle socks, hair ribbons, denim rolled-up jeans, felt poodle skirts with an embroidered and appliquéd French poodle, blouses with little flounced border, sloppy sweaters, and saddle shoes were all worn by the Bobby-soxers. Bobby-soxers were uncommon in music fashion cultures because most developments were pioneered by men.

The Mods, who established in Britain about 1965 and had a profound influence on fashion and menswear, were also interested in intra- and inter-group identification. They chose an urban backdrop with espresso bars, Vespa scooters, and a little motorcar, as well as an image backdrop of Perry Como and the French aesthetic, which was inspired by the film Shoot the Pianist (1960). Their outfits were fitted and they wore American army parkas over imported American shirts. A limited number of Mods customized their own outfits or altered off-the-peg clothing.

The fact that fashion designers like Mary Quant and Pierre Cardin had the name affixed to their work added to the attractiveness of Mod. Mods, fashion designers, and painters liked graphic symbols like targets, Union Jacks, horizontal color stripes, and cycling imagery.

They were sound sophisticates who had rejected the wooliness and unhewn skiffle and trad music for the poise of modern jazz, and later rhythm and blues, blues, and bluebeat, despite being a merger of youthful groups with various interests. Mods were zealous stylists who saw that nodes of change already existed and that by connecting them, they would stand out from the rest of society.

The Jam, a new wave band from the 1980s, exemplified the divide between old and new Mod. The music became trashy and aggressive, and the appearance relied on conventional Mod clothing pieces that had previously been diluted by other Mod bands.

Mod’s legacy was carried on in bands like the Style Council, Blur, and Oasis during the 1980s and 1990s, though the fashion trend had begun to cross-cultural boundaries. For bands like the James Taylor Quartet, Brand New Heavies, D’Influence, and Galliano, whose outfits blended with the “ethnicity” of Mod, sojourns to Ibiza and Morocco, references to Northern soul, and 1970s Regency Mod gave the visual energy. Acid Jazz, the new moniker, became associated with urban modern menswear, which featured both formal and sporting pieces.

The Influence of Fashion on Music

A subtext of protest was enacted when the British band Wham donned Katherine Hamnett’s “Choose Life” T-shirts—an urge for self-preservation in the midst of the 1980s AIDS crisis. The

Hepcat’s perplexity about society’s ordinariness was akin to this appeal to “revolt into style” (Cosgrove 1984, pp. 77-91).

African American teenagers were the first to wear zoot suits and to adopt a variety of bodily gestures associated with the attire, which required five yards of fabric to construct. The concept of a style revolution in youth culture is well-founded (Melly 1970). Early rock’n’roll enthusiasts from America, the Caribbean, and Europe were the zoot suit’s interpreters. Photographs of American rock’n’roll artists on albums and other publicity, as well as the West Indian migrants who landed at London’s Tilbury Docks in 1948, helped to spread the drape shape of the zoot suit in Britain.

The majority of West Indian migrants to the United Kingdom were young people who were influenced by American films, music, and fashion. They dressed in clothing that was more vibrant in shape and color than the British were used to. In an attempt to remove its members from the procession of tradition, fashion and music merged.

In 1948, a limited number of Savile Row tailors resurrected the Edwardian appearance, which became fashionable among young upper-class men known as Guardees in London. Working-class youth organizations, such as the Cosh Boys and the Teddy Boys in the late 1950s, began to express their dissatisfaction with society’s conventions by adopting dandies’ narcissistic traits.

Blue-collar worker clothes that incorporated youth culture’s omnipresent blue denim trousers with rolled cuffs, leather biker jackets, biker boots, a chain, and a white T-shirt were also obvious from the Mississippi riverboat gambler. Detractors claimed that rock’n’roll musicians’ standing was outside of the mainstream and that their fashion choices, music, and dance styles were associated with “the devil.”

Punk rock was one of the most impactful and fascinating fashion and music pairings. It was a major influence on how individuals in the 2000s thought about, created, and commented on fashion, music, and design.

Punk began in London in the 1970s and evolved into a musical genre, a fashion statement, and a way of life almost simultaneously. Despite the importance of bands like the Slits, the Dammed, the Clash, and the Banshees, the Sex Pistols became the genre’s leading band. In Malcolm Maclaren’s Kings Road business, Sex, and subsequently, Seditionaries, punk clothing, and attitudes were on show.

Maclaren and his partner, Vivienne Westwood, marketed clothes that were at odds with what was considered fashionable at the time. The punk spectacle was achieved by employing direct photographs taken out of context, resulting in distortion.

Punk clothing as a result surprised and intimidated people. Maclaren and Westwood’s recreation of the Cambridge rapist mask, T-shirts with corny playing card pin-up girls, homosexual cowboys, shirts with a Nazi swastika, and T-shirts with the Queen of England’s face disfigured with a safety pin through her nose were among Punk’s iconic fashion products. All of the punk bands wore clothing with taboo images, such as shredded clothing, fetish clothing, and even clothing with artificial bloodstains.

Punk was a reaction against hippie culture, which had come to be seen as the apex of adolescent rebellion. Hippies were a folk and rock-based movement that spread an alternative way of life in the 1960s. One hippy observer put it like way: “Hippy clothing came from thrift stores, army/navy stores, and handcrafted garments constructed from scraps. To put it another way, whatever was inexpensive and readily available…” (From the July 25, 2002 issue of the New York Sun.) The Hippie Trail, which traveled through Turkey, Iran, Afghanistan, and Pakistan on its way to India and Nepal, also produced clothing.

The hippie look was popular in mainstream fashion design and rock music youth cultures during the 1980s and 2000s. Rich Indian embroidery, delicate designs, and handwork were employed by Italian designer Romeo Gigli in the 1980s to produce soft and romantic motifs seen in hippie clothing. Another Italian design house, Marni, has employed the hippie concept entirely in a high-end, pricey brand that is the polar opposite of hippy doctrine.

Fashion and music create similar concepts competently and frequently independently, but their dynamic connection provokes reactions that would not have occurred alone. Sub-cultural fashion is a hazy phenomenon that keeps clothes and popular music in totemic status, resulting in extraordinary fashion products and moments from these restless forms.

Formalized fashion is characterized by a strong sense of dread and panic. The action of objectifying popular music, young subcultures, and other “sexy” forms is its praxis and natural inclination. This is why progress away from orthodox or structured fashion practices can only be done when the agenda is no longer focused on fashion commerce, but rather on the irreverence and irrationality of fashion image creation.

Best web series to watch in 2021 if you haven’t already!

Food Culture and its Impact on Communities

Attacks On The Backbone Of The Economy