Myths and taboos about menstruation 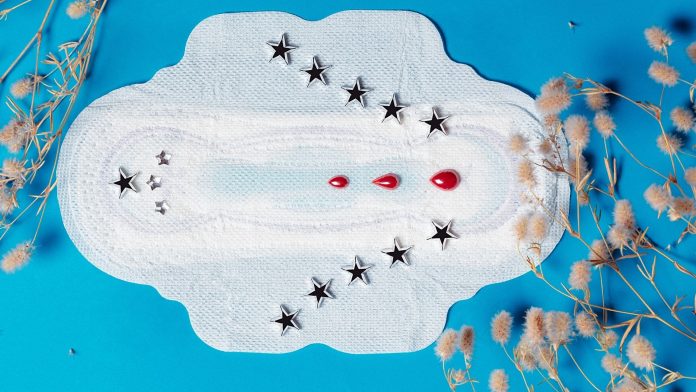 Woman’s monthly frenemy, periods in all these billions of years have not been able to set its place in normalcy. What is normalcy anyway? There is no definition of it. Every month a female body detoxes itself and becomes healthier but shame on this society that fails to address it. In recent years, beginning from the feminist wave, this taboo has started to bloom and has attracted many brains to actually come and talk about it. Dozens of myths and disgusts revolve around menstruation and menstruating woman who for some reason is considered impure. Let’s not shy away. Millennials and Gen-Z shall destroy the shackles and remove the bars which are put ahead of this everyday occurrence.

About 350 million women all over the world menstruate every day. This is not a recent happening which needs to be addressed, but it was present the day humans entered this world. Hence, the word needs no scientific definition per se as it is a part of human life as much as anything else. It is a beautiful process that takes place inside a female body. Females, being the nurturer every month produce eggs which if fertilized produce offspring, and when it does not fertilize, the female body releases blood from the vagina. Now, the process is not at all endurable on certain days but menstruating women or every woman is thus powerful who performs the function of nature and nurture.

There is no surprise to say that in India from time immemorial, a menstruating girl or woman is considered to be ‘impure’. Little do we know the scientific reasons behind it. Impurity was not the term used by our aborigines, menstruation caused the female body stress and to avoid it they were spared household work for those few days. But as time passed the women were started to look down upon. This is entirely our miscreation concerning women.

In India, menstruation has been seen as a complete taboo and this is the way Indian males are brought-up to feel ashamed and disgusted to be around a bleeding woman. This ancient happening has created a lot of mental and emotional weakness which surrounds women and girls. The challenge further intensifies because the girls have less and less access to education to date when compared to their male counterparts and this makes them vulnerable to fall into socio-cultural labyrinths. This is passed on as a legacy to the coming generation and is an unhealthy virus for our developing society.

Girls in most rural and some urban areas are not allowed to enter the ‘puja’ room or touch holy idols and books. It is further believed that menstruating girls and women are unhealthy and unclean and thus the food they touch becomes impure and contaminated. Thus, they aren’t allowed to touch sour items too. Now, this last thing of not touching the food as it transfers female period odor may sound bizarre but it’s there.

Some commonly heard menstrual myths are:

Enough of the myths. There are a few fun facts that both men and women should be aware of as it is a biological process.

Women, in their entire life, go through immense pain be it period, childbirth, or other opportunities. This ‘weaker sex’ has always been dominated and their toils ignored. There are many things that men can do or many ways in which men can act around their partners in their time of the month just to be a supportive and loving person and partner. I’ll list out a few small things men can do to turn the tide of the period day.

So, we have seen how menstruation which is so normal had been ostracized for their body and its occurrences. Taboos are always laid down on talking and acting in a certain manner for both males and females. The time has changed and no one is declining that these things have started to be treated as everyday normalcy but no one can deny this fact too that we have to tread a long path to achieve full normalcy.