Role of Legislature In Women Exploitation 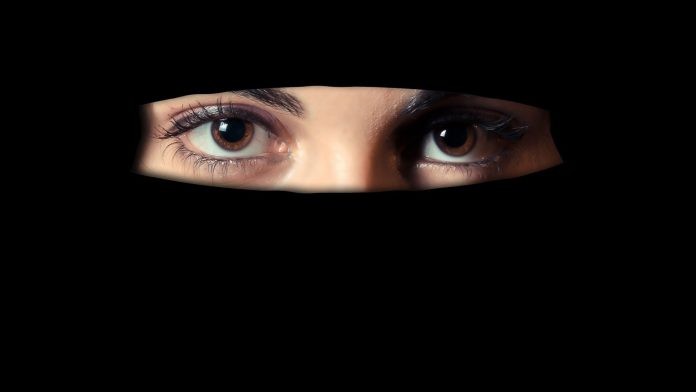 When the world steadily started to witness the strong stamina of Afghan women to fight for themselves, to fight for their rights after half a decade of Taliban’s rule they can again sense the apocalypse for Afghanistan’s women after the 15th August tragic takeover of Kabul by the Taliban.

With news of the Taliban’s new reign, every single nerve of every single woman living in Afghanistan is shrieking in fear and pain from past experiences. One can only imagine their situation, eager to leave their homeland, their jobs, and everything they ever worked for only to avoid the Taliban. The years of Taliban rule (1996-2001) were a misfortune for Afghan women. The inhumane practices held on women by the Taliban are no secret to the world. There used to be public executions of helpless women for supposedly moral crimes, thousands of cases of domestic physical and mental abuse, acid attacks, forced marriages, child marriages, circumstances of zero excess to fundamental human rights. At the point when the Taliban administered Afghanistan before, they enforced some strict surreal rules, banishing women from working outside the home or leaving the house without a male member of the family, eliminating schooling for girls, and openly flogging people who violated the group’s morality code.

Now the Taliban is attempting to introduce an alternate picture of itself, they are promising women’s rights as indicated by Sharia law. So to answer the question of whether women are safe under the Taliban the important thing here is to learn what Sharia Law has to say about women and whether the Taliban is intended to present a real interpretation of it.

Sharia law leaves considerable room for interpretation, so the position of women is very fragile here because it totally depends on the discretion of the leaders of the Taliban. One wrong interpretation could rob women of their extensive rights, while another could leave women with few. Shariah is the moral and legal framework of Islam, based on the Quran, records of the Prophet Muhammad’s life, and the decisions of religious authorities. The interpretations of Shariah are a bone of debate throughout the Muslim community, and all groups and governments that base their legal systems on Shariah have done so in their own unique way. When the Taliban claims to be implementing Sharia law, this does not imply that they are doing so in ways that Islamic scholars would approve of.

Sharia stipulates certain crimes, such as theft and adultery, as well as punishments if the allegations meet certain evidentiary standards. It offers moral and spiritual guidance. It also lays down tenets on marriage and divorce. Notwithstanding, it doesn’t disallow women to venture out from home without a male escort or bar them from working, which the Taliban advocated in its prior rule. The Taliban restricted TV and most musical instruments at the point when they ruled Afghanistan from 1996 to 2001.

Role of Legislature In Women Exploitation

In the Islamic Emirate of Afghanistan, as called by the Taliban, the state adopted the Ministry for the propagation of virtue and the prevention of vice on a Saudi model which according to female rights activists in Afghanistan is a bane for women rights because it practically curbs women freedom under the smokescreen of the legislature. Later in the years, this ministry has renamed the Ministry for Hajj and Religious affairs. In 2006 again, the legislation created a new department under this re-named Ministry which is now called “Promotion of Virtue and Prevention of Vice”. This Ministry worked to restrict the behavior, dress, and movement of women with the assistance of morality police officers, who drove around in pickup trucks, publicly humiliating and whipping women who did not adhere to their rules. In 1996, news broke out through Amnesty International, a woman in Kabul, Afghanistan wore nail polish which was intolerant to these Taliban’s leaders so they had her thumb’s nail skin cut off.

Experts have been trying to watch Taliban leaders’ recent actions for clues about whether their attitude toward women will change. Recently, a senior Taliban official gave an interview to a female television columnist in Kabul, it was part of a more extensive mission of the group, a campaign aimed at presenting a more reasonable face to the rest of the world even within Afghanistan. However, hours later after this interview, a conspicuous anchorwoman on state television announced that the Taliban had suspended her and other female employees. A Taliban representative said that women would be permitted to work and study, and another authority has said that women ought to take part in a government – flagging a potential break with past practices. But outside Kabul, some women have been asked to leave home only with a male escort, and the Taliban have prevented women from entering university. Private universities that are allowed for women’s entry had already mandated that women should wear a niqab and that the classes should be divided by gender or at the very least, by a certain. They have also closed some women’s clinics and girls’ schools.

The newly assigned minister for education in Afghanistan, Sheikh Molvi Noorullah Munir made a very absurd statement that Ph.D. and Master’s degree is invaluable in today’s world. He justified his statement by making a remark towards the conquest by the Taliban who he says does not even have a school degree. Two days back only in a rare moment of protest by women in Afghanistan, hailing slogans against the Taliban for their freedom, the associates of the group shrugged off the women with hunters and brutally thrashed the journalists who were covering the protest. In the entire state cabinet of 33-members under the interim Prime

Minister Mullah Mohammad Hasan Akhund, there is not a single women minister and the Taliban’s leaders are affirmed in their decision calling women children-making machines. In the midst of their celebration in different playful ways now the Taliban is determined to forbid women to participate in sports including the national teams of various different sports such as cricket. The rationale is given behind this decision is to protect the skin show of women that might be possible during the games, which according to their interpretation of Sharia is forbidden in Islam. All these events and decisions showcase the double-faced ideology of the Taliban and women cannot be trusted in their hands. An influential photo came forward from the recent protest in Afghanistan, where an Afghan woman faced the Taliban’s gun with head held high. The world needs to give more power to these heroic women.

Garima Wadhwa
Garima is a budding writer who likes to create awareness against social taboos through her works of passion. She is currently pursuing LL.B. from Panjab University, Chandigarh.

Impact of online learning platforms on higher education after Covid-19