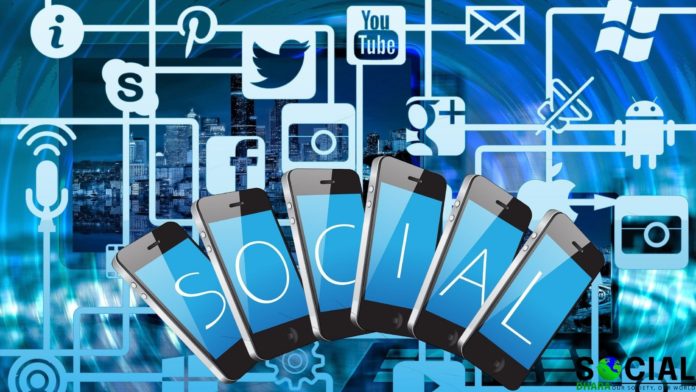 In this era, people are addicted to the social networking life more than real life. Most of the people make their social media life so attractive for other people and make influence on the society.

One thing that probably stump up to social media being so addictive is the role it played in the growth of the digital age. While social media was becoming in demand, the internet also became more widely used, inexpensive to access, and faster to load content.

The rise of mobile phones with internet abilities and mobile internet also made it simpler for social media to be available wherever you go, and in any case of whatever you’re doing. Thanks to the popularity of social media, you can constantly and instantaneously update your network about what you’re eating, what you’re wearing, and who you’re with.

People know that, this is the best way to connect with the world and how we can get knowledge from all around the world.

Almost a quarter of the world’s population is now on Social Media platforms. Nearly, 80% of internet users are on this platforms. Because social networks feed off relations among people, they become more strong as they grow. Thanks to the internet, each person with frontier views can see that he’s not alone. And when these people find one another via social media, they can do things — create memes, publications, and entire online worlds that bolster their worldview, and then break into the mainstream.

Without social media, social, ethical, environmental, and political ills would have minimal visibility. Increased visibility of issues has shifted the balance of power from the hands of a few to the masses.

Social media also allows for self-expression and can serve as a creative outlet for individuals to express themselves, share their artwork and share their voice on specific topics. Being able to express yourself in a healthy way is a very important part of the human experience, and social media can be a great outlet for young adults.

Why People are Addicted to Social Media?

Heavy technology usage often leads to addiction, mostly in teens and young adults. However, this addiction is not limited to the millennial generation, as more and more adults from older generations are starting to utilize social networks to stay connected with their friends and families. Spending countless hours on the social sites can distract the focus and attention from a particular chore or assignment.

Along with the struggle to remain attentive, many people who overuse social media or use social media networks as their main form of communication report feeling anxious and depressed after overuse of social media. And the addiction can effect negatively.

Symptoms of anxiety, depression and obsessive-compulsive disorder can be triggered by the overuse of social media, as individuals are constantly concerned about their posts and communicating with others. And not only anxiety and depression, Social media also causes many young adults to compare themselves to others and envy a life that may not be attainable since many brands and individuals only share a small percentage of their lives online. It is important to remember that an Instagram or Twitter may just be a reflection of the “best” parts of a person’s life and isn’t an accurate representation of them as a whole.

It is imperative that teens and young adults remember that social media does not always portray the whole story and that having genuine communication skills is more significant than social media. Allowing social media to prevent you from experiencing genuine human experiences, such as spending time with your family or spending time outdoors, can be very unhealthy.

It is up to us to decide how we view social media and how we allow social networking to either benefit or harm our lives. It is imperative to remember that the genuine human experience of being able to communicate in person, network in person and form relationships with others outweighs social media. It is also important to remember that the number of likes or shares you receive does not define who you are or your self-worth.

The more educated I become and the less time I spend on social media, the more I realize that there is a lot more to life than sitting behind a screen all day long.