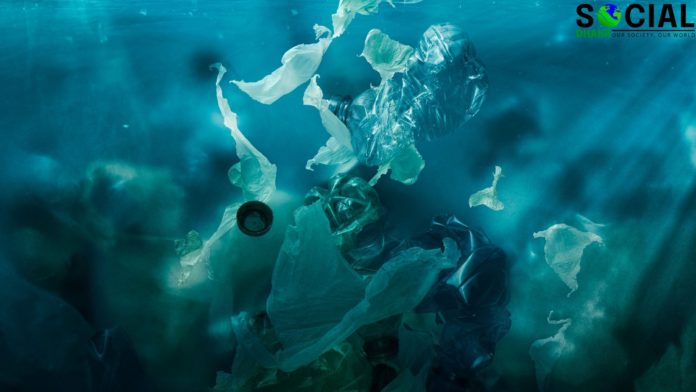 Plastic pollution become one of the most critical environmental problem, as rapidly boosting the production of disposable plastic items overwhelms the world’s ability to deal with them. Plastic pollution is most visible in developing Asian and African nations, where garbage collection systems are often inefficient or nonexistent. But the developed world, especially in countries with low recycling rates, also has trouble properly collecting discarded plastics. Plastic trash has become so ubiquitous it has prompted efforts to write a global treaty negotiated by the United Nations.

Plastics made from fossil fuels are just over a century old. Production and development of thousands of new plastic products accelerated after World War II, so transforming the modern age that life without plastics would be unrecognizable today. Plastics revolutionized medicine with life-saving devices, made space travel possible, lightened cars and jets—saving fuel and pollution—and saved lives with helmets, incubators, and equipment for clean drinking water.

The conveniences plastics offer, however, led to a throw-away culture that reveals the material’s dark side: today, single-use plastics account for 40 percent of the plastic produced every year. Many of these products, such as plastic bags and food wrappers, have a lifespan of mere minutes to hours, yet they may persist in the environment for hundreds of years.

Plastics pollution has a direct and deadly effect on wildlife. Thousands of seabirds and sea turtles, seals and other marine mammals are killed each year after ingesting plastic or getting entangled in it. It’s time to get at the root of this ocean crisis. The Center has petitioned the Environmental Protection Agency to begin regulating plastics as a pollutant and is working to stop plastic pollution at the source, before it ever has a chance to reach the ocean.

How it can Affect on Animals?

Millions of animals are killed by plastics every year, from birds to fish to other marine organisms. Nearly 700 species, including endangered ones, are known to have been affected by plastics. Nearly every species of seabird eats plastics.

Most of the deaths to animals are caused by entanglement or starvation. Seals, whales, turtles, and other animals are strangled by abandoned fishing gear or discarded six-pack rings. Micro-plastics have been found in more than 100 aquatic species, including fish, shrimp, and mussels destined for our dinner plates. In many cases, these tiny bits pass through the digestive system and are expelled without consequence. But plastics have also been found to have blocked digestive tracts or pierced organs, causing death. Stomachs so packed with plastics reduce the urge to eat, causing starvation.

Plastics have been consumed by land-based animals, including elephants, hyenas, zebras, tigers, camels, cattle, and other large mammals, in some cases causing deaths.

Tests have also confirmed liver and cell damage and disruptions to reproductive system, prompting some species, such as oysters, to produce fewer eggs. New research shows that larval fish are eating nanofibers in the first days of life, raising new questions about the effects of plastics on fish populations.

We are surrounded by plastics. Much of our clothing, furniture, electronics, and food packaging is made from it. Over the past decades, natural products used in manufacturing such as paper, glass, and cotton, have been replaced by plastic. We know that this ubiquitous use of plastics has led to extreme plastic pollution of our environment. However, plastics aren’t just an environmental problem.

With more and more alarm bells ringing about the suspected health risks that plastic poses, new scientific research is needed now more than ever. That’s why the Plastic Soup Foundation has created a new research and advocacy alliance: the Plastic Health coalition. With this coalition, various national and international environmental and research organisations have joined forces to encourage, enhance, and disseminate scientific research into the health effects of plastic.