HomeEducationBookstagram novels that are definitely worth a read
Education 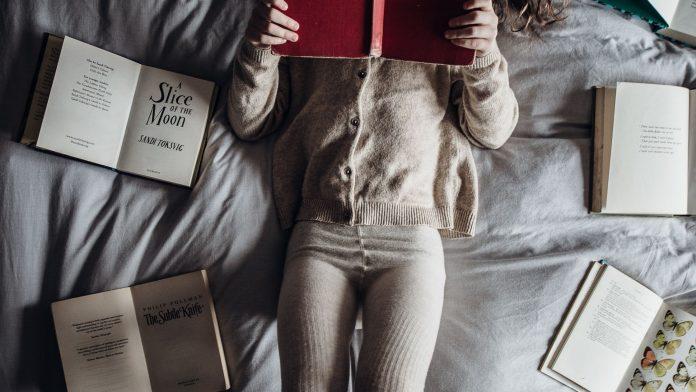 Bookstagram, Booktok, Booktube – whatever you might call it. But there are so many of us out there who constantly look out for book recommendations no matter the source. And when we are constantly scrolling through readers’ accounts and social media, you will notice a thing or two. There are some particular books that are recommended by almost everyone around the globe. These books are so much in the hype that every single one of them, you will find, is talking about it. But the question is, is that much hype worth the books?

Although we can agree that almost every book has a plot and teaches something, we do have to agree on the fact that there are some books which take us by surprise. There are some books and particularly some authors which transports us to a world only our imagination can take us in. Certainly, all the hyped-up books do not do justice well. But then again some do.

So let’s talk about the hyped-up books that are actually an amazing read and definitely worth the hype. You might have heard or read about these books somewhere, or you might be completely new to their concept. But either way, you can rest assured that you are in for an amazing ride. Dive straight right in.

All The Bright Places by Jennifer Niven

All the bright places by Jennifer Niven is one of those books that will make you feel as if this world is too ordinary for you. Violet Markey and Theodore Finch – the main characters are broken beyond repair and while violet learns to live and love again, Theodore’s world starts to shrink in. This book does not only depicts the beautiful emotions of love but also how friendship with the right person can make you whole again.

Two of them build a relationship so close that it’s their own universe they live in. If you are looking for a piece that will touch you in ways that would light up all your emotions. Sob out this one for days and you would know what pain is. A concept so different and new, places so bright and beautiful feel it in your bones and fall in love with these two along the way.

Ari and Dante – these two young boys will make you fall in love with them and their own universe. Having a childhood filled with darkness, Ari struggles with loneliness and stays introverted until Dante enters his life with just the right amount of attitude. Slowly, they go out on a journey and choose a path they know will never allow them to be the same.  With love and friendship, comes pain and danger too. But they say right when they say, the person beside you is what matters. Crossing obstacles that change them in ways that shape their future with each other.

And not just with the characters, but you will fall in love with the writing style and the words. Benjamin has so beautifully enhanced and heightened every feeling in the book that you will cry and laugh and smile all in equal parts. We bet, if nothing else, this book will easily be one of your favorite reads and you would be grateful to have found this one.

King of Corium by C. Hallman and J.L Beck

King of Corium is a dark romance, enemies to lovers, bully and victim story. In a school that houses the offspring of the most dangerous assassins and mafia leaders, Corium University witnesses the passion and revenge story. Quinton and Aspen – entangle and forces themselves in the lives of the other in a way that would never allow them to be set free. It all started when Aspen’s father being a mafia himself, ratted out the information to the FBI, pulling down every other gang with himself.

So, when Aspen reaches Corium, everyone is out for her blood. Except, there is a rule as strong as law in here – you can’t kill anybody. Hence, we know that Aspen would stay alive but would she stay safe? Would she survive? And Quinton is out to get her. The king of Corium University himself. As they clash and fight, break and survive, the passion and lust get so strong that with every passing second it’s hard to justify. Is it still revenge? Is it still controlled? Or will it all end in a tragedy so bad, you won’t recover from it ever?

This series is personally one of my favorites. Grace is basically a human and she enters a school in the chill of Alaska which enrolls vampires, dragons, werewolves, witches, and all the other paranormal creatures. This soon to be turned into movie series is so freaking amazing that you would not be able to stop unless it’s all over. It will break you and mend you in ways that will be so satisfying that it will leave you with an emptiness when it ends.

The friendship it portrays between every character and the heartbreaks they go through together will make you swoon and beg for more. With equal amounts of jokes and an equal amount of thrill with all the possible emotions existing in the world, this series will give you a major reading slump. Because u assure you that after reading this one, you would just try to find these characters in every other book you read. And trust me, you can’t get enough. The last book in the series – Court us set out to be released on January 22. Till then, read these three books and you would know what I was exactly talking about.

We Were Liars by E. Lock

We were liars – a book that will literally shake the floor beneath your feet. It will take you to the very first page again as soon as you read the last line. We recommend you keep a box of tissue handy, because in no way will you be able to stop your tears. It will bring us and actually give you personal attack vibes on all those areas where it actually hurts the most. You might have seen this one all around the book recommending places and let me clear it up to you, it’s totally worth the hype.

It’s clearly not for people who are under the age of 16, at least because that’s how intense and twisted and dark it gets. There’s a lot of mixed ratings out there and reviews that go from worse to best. But it’s definitely worth a read. Find out for yourself if that’s what it should be. A group of friends – four to be exact grow up in a family that is broken and rich and yet has differences so deep at times it will chill your blood. The Sinclairs are filthy rich and have lost so much that at the end you would just bang your head and wish that life was better. For them and somehow for you too.

Wonders of Munnar You Did Not Know About