Books for Fun and Knowledge 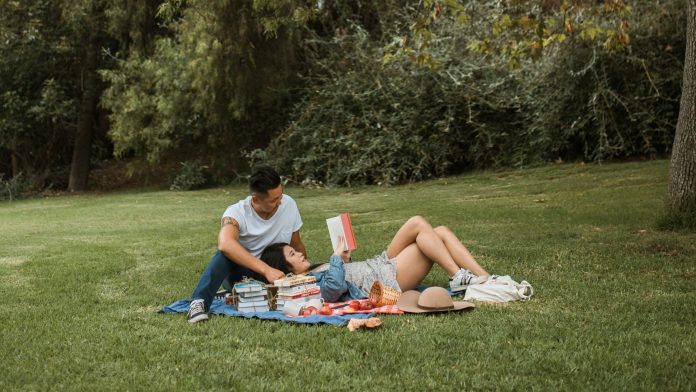 If you’re in your twenties, there are a few novels that your friends are likely to have read by now that can help you manage independence. It’s never too late to catch up on reading if you’ve already passed this period of life!

Susan was quietly establishing the YA genre long before Twilight or The Hunger Games by writing captivating tales about high school’s terrifying social structures. The Outsiders was released when she was only 18 years old, three years after she began writing it, and it examines the chasm that has fueled high school films for decades: the divide between rich and poor kids.

Ponyboy Curtis, a sensitive greaser provocateur, portrays both the working class ‘greasers’ and the well-to-do ‘socs.’ In a scenario that completely eliminates grownups from the narrative, danger, drama, and allegiance collide.

JD Salinger’s Holden Caulfield has been a defining voice of (especially male) teenage angst for nearly 70 years. Holden, a 17-year-old New Yorker with a problem with authority, is kicked out of school and sets off in pursuit of spiritual truth while railing against adult life’s “phoniness.”

Catcher in the Rye is still one of the first books that teenagers fall in love with, wonderfully portraying the uniquely human urge for connection in a complex world, a book that perfectly defines what it is to be young, sensitive, and lost. It’s also a book that opens the eyes of many young readers to the potential of literature.

Everyone appears to have a firm grasp on how other people should live their lives, but none on how they should live their own.’ In his book The Alchemist, Coelho admits as much. Paolo Coelho’s work has an alchemical quality to it, like the warm hand of a wise uncle or life guru resting softly on your shoulder. He’s written a lot of books, all of which have received fairly positive reviews, but The Alchemist has to be his finest. Ultimately, it comes down to listening to your heart, following your aspirations, and seizing chances when they arise. It follows a young shepherd lad from Spain who travels to Egypt in pursuit of hidden gold. He meets a slew of colorful personalities along the journey, as well as a slew of hurdles. But, in addition to the genuine gold in the desert, he quickly realizes that there is another treasure he must seek out, the one hidden deep within his soul. Overall, it’s a story about what it takes for some people to overcome their anxieties and pursue their aspirations, and why others succumb to the crushing weight of human life and simply exist.

The New York Times called this multimillion-copy bestseller a mix of Dostoevsky, Euripides, Easton Ellis, and Waugh. It’s essentially a modern Greek tragedy about a tight-knit group of 20-something classics students coming to grips with their lives and decisions.

Richard, the narrator, reflects on his life and the events that led to the murder of one of his friends. When he enrolls in an exclusive college in Vermont, his rich, snooty classmates reflect his shame over his blue-collar upbringing, so he creates an upper-crust persona to impress his new classmates. As time passes, a series of dark happenings shake the group’s chemistry.

In The Secret History, Tartt’s voice is deliciously ruminative, leading the reader into a dark world of deceit, addiction, and emotional manipulation. Simply said, it’s a book about secrets and relationships, and how they work together.

Virginia Woolf, the master of Modernism, released the rousing lectures she gave at Newnham and Girton Colleges in Cambridge nearly a century ago, and her words still have the same force and drive. The title is based on the most important lesson from the lecture-turned-essay: “If a woman wants to write fiction, she must have money and a place of her own,” preferably one with a lock and key. Woolf addresses the women who have been lost to history and the effect their voices would have made on the larger historical narrative in this classic feminist text. She famously suggests Shakespeare’s sister Judith, who, like Woolf, could have been as wonderful as the Bard if she had been sent to school rather than kept at home. This is a work of non-fiction that will make you feel fortunate to have read it and, perhaps, motivated to write it.

Sylvia Plath put her own fight with mental health, psychosis, and depression into The Bell Jar fifty years before the term “autofiction” was coined. The book has always lingered under a melancholy pall, having been published posthumously a month after Plath’s suicide, yet its relevance to younger readers has yet to dissipate.

The youthful Esther navigates fancy soirees and dashing guys while working as a guest editor for a teenage fashion magazine.

The Bell Jar, on the other hand, progressively devolves into a study of the drowsiness and struggle of being a young lady who is ill, as well as a young woman who rebels against the limitations of polite middle-class, middle-American society. Women of Esther’s generation are expected to give up their fledgling jobs in order to marry or have children; Esther simply wants to create poetry. The title’s bell jar represents suffocation and isolation, both from society and from mental illness.

Emily Bronte’s only novel is a transportation read that remains long beyond the final page. It’s dreamy, gothic, and wonderfully evocative. Mr. Earnshaw’s typical Victorian family is shattered when he adopts a homeless youngster named Heathcliff, who is characterized as a “dark-skinned gypsy.” The Earnshaws and Heathcliff fight against the torments of class and expectation as much as they do the unrelenting hammering of the elements, described brilliantly by Bronte, upon the windswept and solitary Yorkshire Moors. Heathcliff’s illicit and confusing relationship with his adoptive sister, Cathy Earnshaw, is the novel’s lifeblood and has subsequently spawned cinematic versions – which have gone into greater detail about Heathcliff’s existence as a person of color, as well as Kate Bush’s song of the same name.

This touching depiction of a college friendship group takes shape around one of the friends, who is haunted by a childhood nightmare. Yanagihara skillfully weaves each young man’s life throughout her work with the lightest touch, so that the reader will fall in love with their altruistic determination to help one another in times of need, rather than with anyone character in particular. A Little Life is a startling analysis of the anguish of childhood maltreatment as well as a heartwarming tribute to the power and potential of adult male friendship.

The men’s deep loyalty for each other would seem annoyingly absurd in the hands of a less gifted writer (are men really so selfless?), but Yanagihara pulls it off with a sly genius that few writers possess. The New Yorker exclaimed that it would “drive you insane, absorb you, and take over your life,” while the Guardian dubbed it “the ultimate account of our age of anxiety, providing all its accompanying tragedies as well as its solaces.”