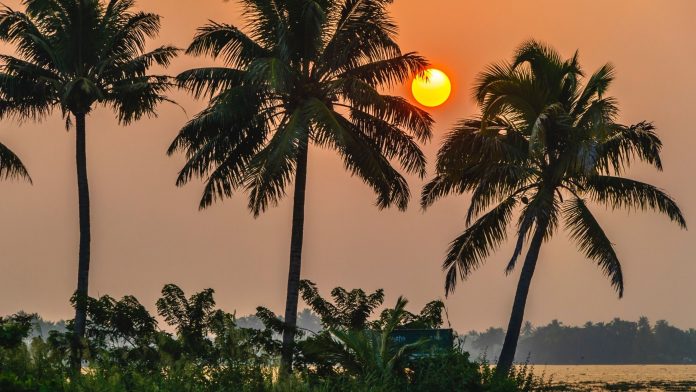 India is a vast country with varied religions and varied places. You are destined to find changes among regions in just a few hundred kilometers. This is the beauty the country holds. Central, North, South, East, and West each vary in their culture and customs but they are a family at the end of the day and live with each other. India’s South consists of the states of Andhra Pradesh, Karnataka, Kerala, Tamil Nadu, and Telangana, as well as the union territories Lakshadweep and Puducherry. As big as the states are, they are also beautiful with beautiful people and different places which will enchant you if you visit there.

South and north vary in a few aspects be it, their economy, appearance, customs, or education. There have always been these assessments to see how in one country people are similar but different and what led to these differences. Looking at history, we get to see that the aborigines of indigenous people of North were the ‘Aryans’ and so for the people in South were the ‘Dravidians’. There are a lot many things that vary and there are various things which areas they are concerning the political status of the two extremes. We have people in the South from always being more educated than the people of the North. The series of the discussion will continue, so it would be wiser to discuss what is meant to be discussed, the seven beautiful places in South India.

Munnar is a well-known hill station in Kerela famous among honeymooners, trekkers, and nature lovers. The place is well known for its greenery and the subtlety with which it resides in nature’s womb. It is also known as the ‘Kashmir of South India’. It is a good place to plan a trip to and the place is not remote and has easy access to transportation and every basic and luxury amenity. The nearest airport if you plan to visit is Cochin Airport. You can definitely pay a visit to Eravikulam National Park, Munnar tea museum, Pothanmedu viewpoint, or Attukal Waterfall [to name a few]. You need a budget of around, 5000 rupees per person for two nights stay in Munnar. Further, the best time to visit the place is in September with pleasant weather.

Situated in the extreme south of India with its connectivity to our neighbor country, Sri Lanka, Kanyakumari is a beautiful extended oceanic place and will act as a stress buster with the lively Tamil people and the place is crazily mind-boggling. Kanyakumari is bordered by three seas, Arabian, Indian, and the Bay of Bengal. The overwhelming fact is that the water of the three seas does not conglomerate so that you can easily distinguish between the seas from one another. There is a place known as Triveni Sangam point from where you can see the beautiful sunrise and sunset near the ocean. It is the only place in the Indian subcontinent where you can observe the sunrise and sunset happening in one single place. You can definitely think of a visit to this beautiful place with your family and friends as you will feel very homelike. You will require handy a minimum amount of 5000 rupees per head to survive two nights in Kanyakumari, Rameshwaram. The months of October-February is considered to be the most favorable months for your visit.

Located in Andhra Pradesh, Tirupati is considered to be the most-visited holy place of India with a temple of Lord Venkateshwara. The place is heavily crowded by pilgrims and tourists and a continuous chant of mantra which gives an internal peace of mind and distinguishes the space from others of its kind. Apart from the Venkateshwara temple, there are a lot many other temples that can be visited, like, the Kondandarama Temple, Sri Govindarajaswami Temple, the Parashurameshwara Temple, the ISKCON temple, and Sri Kalahasti temple. The stay in Tirupati will cost you approximately 7000 Rupees per person for two days. The best time to visit is from September to February as the time provides you with pleasant weather and added enjoyment. The place won’t disappoint you as it is a mixture of nature and a city-like environment.

Hampi is the second of 63 places to visit in the beautiful state of Karnataka. The city of ruins is a UNESCO world heritage site. It is a complete mixture of 500 monuments, markets, temples, and whatnot. Hampi is a place to explore with above a hundred locations in its open museum. It is a perfect blend of seeing the history of the place with wasn’t given great importance till much recently. With a natural terrain, you can find many large boulders in the city climbing which may give you a holistic view. Hampi was declared a UNESCO World Heritage site in 1986. You can easily visit the place from your nearby railway station or airport. A two-night stay requires your pocket to have at least 5000 rupees per person. Again, the best time for visiting would be from the month of October till February.

Andaman and Nicobar islands are away from the east coast of mainland India with Port Blair as its capital is a much-visited holiday destination. With its deep blue waters and extended coconut and palm trees, it is a beautiful destination with a history of itself. Havelock and Neil Islands are the most visited tourist places in the union territory with options of diving. The union territory has 352 small islands in total with a few which are inhabited and others with are open to tourist enjoyment. A minimum budget of 3000 rupees per person, per night, is required for a rested halt in the Andaman Islands. You can visit the place in any month of the year as the weather is most favorable.

So, these were the few places which can be visited in South India. A small article won’t be able to give justice to the vast place with beauty and vigor. The best time to visit the south is always from mid of the year till February as the weather is hot in the summers. Every Indian citizen or tourist shall for once visit the place to devour its beauty.

5 amazing literature novels to read before you die