How To Deal With The Toxic Ones? 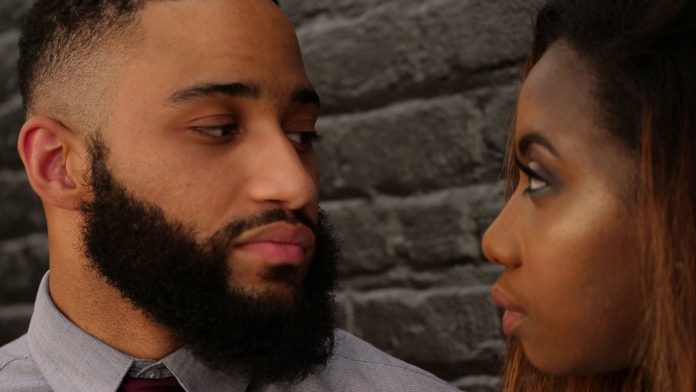 You might have heard your friends saying sometimes that they just ended a toxic relationship. Or you may have seen people giving each other the tag of toxicity when maybe that simply is not the case. A lot of times we can’t connect to someone’s mindset, or simply don’t like the relationship we are having with them, or even also when we go through some problems with them. What do we do? We name that the relationship had become toxic or the toxicity in the relationship was too much to bear.

But above all, we must always first try to understand what exactly toxicity or toxic person is. Nobody is perfect. But that doesn’t mean everybody is toxic. Yes, some might be a little too imperfect or aggressive, rude, disrespectful – but it’s not right when we call them toxic. Not every flaw of a person is a sign of toxicity. And not every goodness inside a person can cancel out the toxicity he has inside, or vice versa. People can be really good at heart and still be slightly toxic.

How to identify the toxic relationship?

What are some of the red flags that you should look out for if you are doubting any of your relationships to be toxic?

Manipulate things you don’t want to

One of the biggest and the brightest red flag the toxic people ever reveals is that they are manipulative. They Manipulate you into doing things you don’t want to, visiting places you don’t like, and meeting people you are not comfortable with. Or anything else that seems manipulating. But manipulation is their very first sign to look out for. Our loved ones, the ones who truly care for us would help us to push our barriers in a healthy way, but they would never make us do the things that we really don’t want to or are not comfortable with. Look out for the comparison.

When we hang out with people who are positive and actually care for us and love us in a non-beneficial way, we would never feel exhausted with them. Fights and misunderstandings are common in all relationships, but feeling drained out or exhausted in one can be a major red flag. You feel exhausted because they take more than they can ever give back to you. Relationships are both way things. If only one person keeps putting in the efforts and the other one won’t, it will be a total shitshow.

Are you around people who send you on a constant guilt trip all the time? Are they blaming you for things that were not in your hands? Are they trying to make you feel bad because they are the ones feeling bad? This is called playing the victim card. Toxic people will make every single thing about themselves. They would make you feel guilty for the things that you did and try to blame you for them being hurt. You would constantly be on a guilt trip and start thinking eventually that it is you who is bad and not putting in enough effort. But in reality, you are the only one putting in all.

Waiting for an apology that never comes

So as you read above, most of the time, the toxic people are the ones who play the victim card. So even also when they hurt you, purposely or unknowingly, they would never be the one to apologize. They would not even know that they should apologize. You will be the only one putting in all the necessities and you will be the one to mostly apologize. Even when they realize that they have made a mistake, they would constantly defend themselves and give excuses that were not even relevant.

How To Deal With The Toxic Ones?

The very first thing you can do in front of toxic people is that you start putting yourself first. Toxic people won’t change overnight. And half the people don’t even know that they are spreading toxicity. For them, it is normal behavior. So always try to put yourself first. Respect your own boundaries. No matter how important that person is to you, you have to understand that your mental health and you matter before anything else. Do not at any cost do what you really don’t want to. And don’t let them take you for granted.

Talk to them how their behaviour affects you

There’s nobody out there who is perfect. We all have our flaws and our drawbacks. But that doesn’t mean that we will give up on relationships. Obviously, there are better people around but nobody can be that perfect and flawless. So try to talk to them about their behavior. Tell them how you are actually feeling. Tell them that the way they are behaving is toxic and hurtful. But while saying all these be upfront, sure, but don’t forget to be gentle as well. Keep your points as gently as possible. Sometimes gentleness and love can only do the trick.

Don’t let people to play with you emotionally

Toxic people are toxic we know that. But somewhere, they still love you or want to be with you or like you. But that doesn’t mean they can treat you however they want. But there’s a very high chance that when you are confronting a toxic person about their behavior, they might be really furious or they might even try to create emotional drama. Your job is to not let them get inside your head. At no cost, you should allow them to play with you emotionally or let them blackmail you on the basis of your relationship. That’s how their game works.

Learn to say no

Apart from creating and respecting your boundaries, you will have to learn to say no. You know here, that toxic people are manipulative as well. They will try their best to have their way with you, but it is you that should know to say no. Learn and say a firm no on the things you are not ready to do and don’t want to do. Learn to say a no for all those things that are serious and don’t have your consent.

Let’s face it. If you tried for them to be better and make better choices and they were still the same toxic person, then you have to be the wise one and walk away. Walk away because your mental health matters. Walk away if even after putting in all the efforts, and trying to make things better they have just exhausted you further. Walk away, because no relationship is more important than your peace. If you really believe that you have tried everything in your power and situations are still not good, then please understand that it’s time you really walk away.

Best Christmas Movies To Watch With Your Family This New Year

Facts about Sunscreen, Skincare, and Makeup

Yoga – A way to think, breathe, and to move