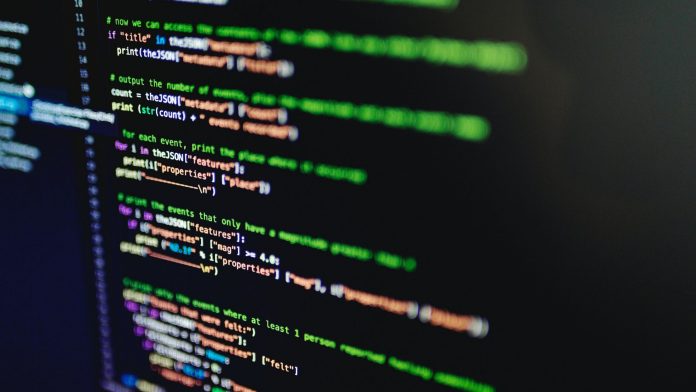 Only a few people used to be thought of as being computer programmers with cutting-edge coding abilities. Many IT positions now need a thorough understanding of many programming languages.

You could be wondering which programming language to learn if you’re looking to grow in your job or change careers entirely. After all, learning a language will involve time and money, so you want to make the best decision possible.

When making your pick, take into account the amount of complexity you’re willing to learn, the information you currently have that aligns with your existing coding abilities, and your motivation for learning a top programming language.

Python is one of the most widely used programming languages today, and its accessibility makes it simple to learn for novices. It’s a free, open-source programming language with a large community and numerous support modules, as well as a simple interface with online services, user-friendly data structures, and GUI-based desktop applications. It’s a widely-used programming language for machine learning and deep learning. 2D imaging and 3D animation software such as Blender, Inkscape, and Autodesk are all written in Python. Civilization IV, Vegas Trike, and Toontown are just a few of the notable video games that have featured it.

NumPy and SciPy are two Python packages that are widely used in the disciplines of scientific computing, mathematics, and engineering. Other Python libraries used in data science, machine learning, image processing, and computer vision include TensorFlow, PyTorch, sci-kit-learn, and OpenCV. Python is a wonderful choice for academics because of its scientific and data applications.

In today’s world, it’s difficult to be a software developer without utilising JavaScript in some capacity. JavaScript is the most popular language among developers for the eighth year in a row, according to Stack Overflow’s 2020 Developer Survey. Nearly 70% of poll participants said they have used JavaScript in the previous year. JavaScript, like HTML and CSS, is critical for front-end web development. JavaScript is used by the majority of the most popular websites on the internet, from Facebook and Twitter to Gmail and YouTube, to generate interactive web pages and dynamically display material to visitors. Although JavaScript is largely a browser-based front-end programming language, it may also be used on the server.

Java is one of the most widely used programming languages today. Because of its Write Once, Run Anywhere (WORA) characteristics, this general-purpose programming language, which is owned by Oracle Corporation, has become a standard for programmes that can be utilised independent of platform (e.g., Mac, Windows, Android, iOS, etc.). As a result, Java is known for its portability across a wide range of systems, from mainframes to smartphones. There are currently over 3 billion devices running Java-based applications. Java is a popular programming language for online and application development, as well as large data.

Several well-known websites, like Google, Amazon, Twitter, and YouTube, employ Java in their backends. It is also widely employed in a wide range of applications. Spring, Struts, and Hibernate are some of the most popular new Java frameworks. There are hundreds of methods to learn Java, thanks to the millions of Java developers throughout the world. Java programmers also have a large online community that helps each other solve difficulties. Java is a more difficult language to learn, yet experienced Java programmers are in high demand.

Swift is a wonderful place to start if you’re interested in Apple goods and mobile app development. Swift is a relatively new programming language used to construct iOS and macOS applications, first unveiled by Apple in 2014. Swift has been created from the bottom up to fit the reality of current iOS programming and has been optimised for performance. Not only does iOS operate on every iPhone and iPad, but it also serves as the foundation for additional operating systems like watchOS (for Apple Watches) and tvOS (for Apple TV) (for Apple TVs). Furthermore, Apple’s position as a technology industry leader is unassailable, and iOS apps remain the most profitable in the app store.

Kotlin is widely utilised in the creation of Android apps, online applications, desktop applications, and server-side applications. People who use Kotlin are sure that it is superior to Java. Kotlin is used in the majority of Google apps. Coursera, Pinterest, and PostMates are just a few of the firms that use Kotlin as their programming language.

Google created Go in 2007 as a programming language for APIs and online applications. Because of its simplicity, as well as its ability to handle multicore and networked systems and large codebases, Go has lately become one of the fastest-growing programming languages.

The Go programming language, often known as Golang, was built to satisfy the demands of programmers working on huge projects. Because of its clear and contemporary structure and syntactic familiarity, it has acquired favour among many big IT organisations. Google, Uber, Twitch, and Dropbox are just a few of the companies that use Go as their programming language. Because of its agility and performance, Go is becoming increasingly popular among data scientists.

Go is a suitable low-level language for engineers who wish to work in the field of systems development. It has a lot of the same features as C and C++, but without the complicated syntax and steep learning curve. It’s ideal for creating web servers, data pipelines, and even machine-learning applications. Go is a compiled language that operates “near to the metal,” resulting in a lightning-fast execution time. It’s an open-source language, so ambitious programmers may see their work accepted and appreciated by programmers all around the world.

Ruby is yet another popular programming language for web development. It’s especially well-known for serving as the foundation for the renowned Ruby on Rails web application framework.

Ruby has a reputation for having one of the nicest and most helpful user groups, which attracts beginners. The Ruby community even has an unofficial saying: “Matz is kind, therefore we are nice,” urging members to emulate Ruby’s key inventor Yukihiro Matsumoto’s gentle and caring conduct. Ruby is a wonderful language to learn because of its affiliation with prominent software companies, in addition to its active community and simple syntax.

C# has a syntax that is comparable to those of other C-derived languages like C++, making it simple to learn if you’re coming from another C language. C# is not just the language of choice for Microsoft app development, but it’s also the language used by mobile app developers on the Xamarin platform to create cross-platform apps. Anyone interested in VR programming should also consider studying C#.

R is an open-source programming language that is essentially a modified version of S. Developers write a lot of code for S, and it runs on R without any changes. Statistics are processed using R-based applications, which include linear and nonlinear modelling, computation, testing, visualisation, and analysis. R-based applications may connect to a variety of databases and analyse both structured and unstructured data. R has a moderate learning curve and is not as simple to learn as some of the other languages discussed in this article. R, like other open-source programming languages, has a thriving developer community, that’s always a positive when learning something new.

C++ is well-known for being a strong programming language. C++ gives you a lot of control over how you use computer resources, so in the proper hands, it should be able to outperform other languages in terms of speed and resource efficiency. C++ is frequently used to create gaming engines, games, and desktop programmes due to its performance. C++ is used to create several AAA video games.

C++’s biggest virtue is its scalability, which is why most resource-intensive programmes are written in it. Because C++ is a statically typed language, the code is type-checked before it is executed, it is typically more performant than dynamically typed languages. You have a lot of control over how your app utilises resources, and it can use very little of them. Overall, because C++ can be extremely efficient in the proper hands, businesses frequently utilise it to build tasks that rely heavily on speed and resource efficiency.

C++ has a sizable user community. The size of a programming language community is crucial since the larger the community, the more help you are likely to receive. On StackOverflow and GitHub, C++ is the 6th most popular and following tag.

C++ has a large employment market since it is employed in a wide range of sectors, including banking, app development, game development, virtual reality, and so on.

Siya Srivastava
Siya is a writer and educational aficionado who intends to work in the fields of higher education, scholarships, and educational capabilities. She is now pursuing a bachelor's degree in computer science and engineering at BBDNITM , Lucknow.