HomeEconomyPrivatisation of Airports in India
Economy 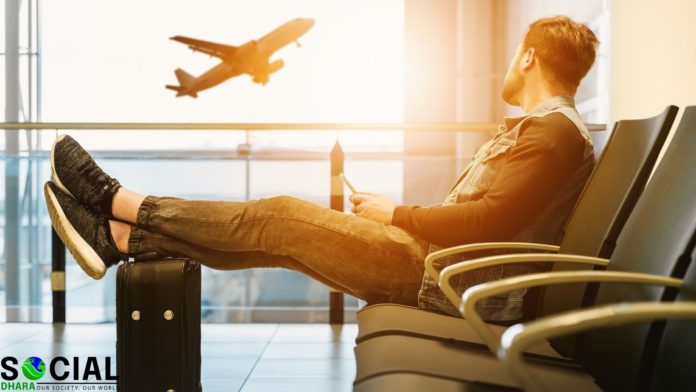 Privatisation is the transfer of ownership of publicly owned and operated companies to private ownership and operation. It is a process of private companies taking over established public companies.

Privatisation has numerous benefits. But all benefits do come to downsides.

A private company can increase efficiency of the company by cutting the bleeding costs and increasing the usage of the resources available to its complete potential. This also increases the profit margins of the company as private companies usually divide or pay great attention to profits.

With privatisation, the government cannot interfere with the company’s workings and decisions. The government is no longer liable to pay for the employees and take responsibility for workers hired. This leads to a reduction in the over-employment in the company thus increasing the working efficiency.

In a private firm, there is always pressure from the shareholders for better performance. This increases the willpower to work and the outcome of the company. A failure to do so results in a change in leadership or power holder. A government company lacks this pressure which may be a cause of inefficiency.

4. Increased revenue for the government:

The government can increase its revenue by selling a firm. It may decrease their revenue long-term, but for a short-term solution, the sale can generate a large amount of revenue.

Also read: Urbanisation: Is Urban Life a Blessing or a Curse?

Privatisation can lead to a monopoly in a certain sector. A monopoly of a private company can lead to an increase in the price of the product. This increased price can serve as a disadvantage to people with low finances if the product does not have a similar substitute.

Usually, private companies aim to increase profits. In sectors such as health care, education, sanitation, and more, the products and services should cater to the welfare of people rather than increasing profits. Privatisation in such sectors can lead to a large difference in the services provided. Especially, in sectors like healthcare, complete privatisation would enable the financially capable to seek treatment and the financially unstable to be left helpless.

The Ministry of Civil Aviation has proposed to privatize certain airports in India. The ministry allowed the airports of Lucknow, Ahmedabad, Jaipur, Mangalore, Thiruvananthapuram, and Guwahati to be operated through a public-private partnership model.

The Airport Authority of India also put forth a request for the privatisation of airports in the cities of Amritsar, Varanasi, Bhubaneswar, Indore, Raipur, and Trichy.

In the first round of the privatization, the Adani group led by Gautam Adani won the contracts of six airports in the cities of Lucknow, Ahmedabad, Jaipur, Mangalore, Thiruvananthapuram, and Guwahati.

The Adani Group controls a 74% stake in the Mumbai International Airport.

On one hand, the Adani Group takes on the responsibility of the operation, management, and development of each of the airports for the next 50 years. And on the other, the Airport Authority of India will continue to be responsible for services of security, customs, immigration, animal and plant quarantine.

This private-public partnership brings along various benefits and downsides.

Benefits of Privatising Airports in India

Automation is not a favoured decision or an investment made by the government because of the costs of machines and the severance settlements the government has to assume.

2. No loss of taxpayer money:

Privatisation will lead to the airports to function on the revenue generated by the passengers, airlines, advertisements, rents from shops, cafes, and so on. In the long run, the revenue and prices will be determined by the market mechanisms of demand and supply. The government would not issue a monetary grant to enable the functioning of the airport. This will save the taxpayer money that is lost or diverted in the functioning of airports.

Downsides of Privatising Airports in India

For individual passengers or passengers who are in search of a good airport experience, can afford to pay for the commodities in return for good services, but for companies that send their employees or teams for conferences, meetings, and so on, the expenditure increases as the company pay for the employees.

A decrease in costs means a decrease in labour costs. Privatisation will lead to numerous employees getting discharged from their duties. Since these employees have worked at airports for numerous years, they do not have a chance of working in the same field as every city has one airport, and airports in different cities are practicing the same due to privatisation. This can create a multitude of people to be unemployed.

In conclusion, privatisation in every sector and every country has its advantages and disadvantages. Privatisation depends upon the population of the nation and the factors associated with population, efficiency of the government, and the initiatives taken by the government to protect its assets until it becomes a liability.

The labourer/employees sacked and the increased costs could be a disadvantage to many.

Whether privatisation of these airports is good or bad can only be decided when we see the proof of it and since the process of privatisation has just begun, one can only make assumptions regarding the outcome.

Side hustle ideas for college students