Can We Reverse These Effects? 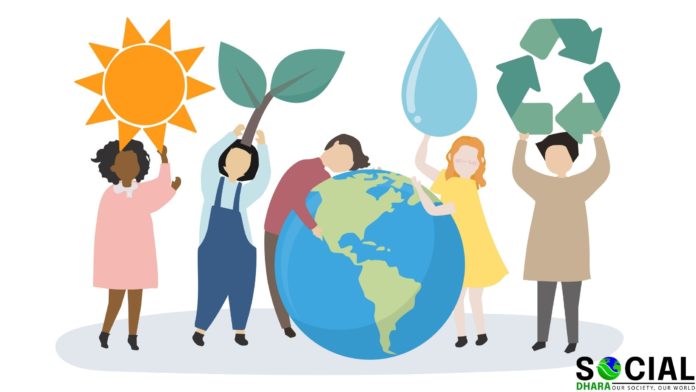 The moment humans began to industrialize, the chemistry of the environment changed. Carbon dioxide and numerous other harmful gases have been accumulating in the atmosphere.

Humans have polluted and destroyed nature for personal, economic and financial gains. The ruthless overuse and abuse of the environment has led to climate change and global warming.

“We are essentially at the point of no return”.

The consequences of climate change and global warming

Over the decades, the temperature of the land and water has seen an increase. At the current moment, eight degrees Fahrenheit may not seem like a large number but climate experts claim that a rise in temperature of eight degrees will lead to the extinction of various species on this planet.

The proof of the rise in temperatures being alarming is the melting of Glaciers. The number of glaciers has already decreased and a further rise in temperature might just melt all the existing glaciers. This would not only affect the water supply to several regions and wipe-out cities on the coastal line but also lead to the loss of habitat for polar bears, seals and other species that thrive in those regions and gradually leading to their extinction.

The rising temperatures lead to climate change which disrupts the functioning of the ecosystem. These temperatures will lead to disasters such as storms, heat waves, extreme cold, floods, drought conditions and more. This would not only harm the environment adversely but also cause massive destruction to mankind. It would also change the monsoon patterns thus changing the quantity of rainfall received. A lack of rainfall could cause droughts and lack of sufficient water for consumption while excessive rainfall could cause floods, destruction of crops, life, infrastructure and nature and illnesses due to water-borne diseases.

As years pass by, the level of pollution in the atmosphere also increases. The ground-ozone level increases due to the emissions from cars, factories and other sources. The emissions will only increase over time and would decrease the quality of the air. Dirtier air will reduce the quality of life of people and worsen the health of people suffering from cardiovascular illnesses, lung illnesses and other life-threatening illnesses.

Due to climate change, the marine ecosystem is under immense pressure. The oceans are becoming more acidic due to excessive absorption of emissions. Acidification poses a serious threat to underwater life especially the creatures with calcium carbonate shells or skeletons and corals.

In the long run, it possesses a great economic risk. The nations that depend upon marine life will lose a large amount of their economic gains thus putting numerous livelihoods in jeopardy.

Since two centuries, the ocean water level has risen. The water levels have increased by almost eight inches. Various researchers claim that by the twenty second century, the sea levels would have risen to such an extent that it would be higher than the Hamptons roads as well.

Countries like China, Bangladesh and India, whose population is large, would be unable to defend or relocate their population to prevent the destruction that comes with this rise of the sea levels.

6. Threat of Extinction and Threat to Biodiversity

Numerous creatures, flora and fauna are at an increased risk of extinction due to climate change and global warming. It is possible that the extinction rate would increase to 40% which would disrupt the age-old food chain within the ecosystem. This disruption could also cause extinction because of the loss of habitat.

For instance, A combination of a rise in the temperature of ocean water and decrease in the sea ice would change the salinity of the ocean thus leading to reductions or redistribution in the population of algae and plankton, resulting in the marine food chain to break.

Farmers are already struggling to compensate and work with the shifting weather patterns and the unpredictability of rainfall and water supply.

Farms are now more likely to face attacks from weeds, diseases and pests which will affect the yield. Extreme events such as flooding or droughts will also threaten the crop yields.

The constant change in temperature or a rise in temperature will reduce the defence mechanisms of trees. This will enable tree killing insects to thrive and destroy the remaining trees.

Fluctuating heat conditions can also lead to an increase in forest fires, many of which we are facing in the current times as well.

These effects have either started to manifest or will manifest in the near future. The emissions and the destruction that have already taken place cannot be reversed and neither can its effects be reversed. We are bound to suffer the consequences of the same.

Futuristically, we can prevent some of these effects, if we are mindful of our actions. If every individual is aware of their actions and decisions and how they affect the environment, a difference can be made.

As for industries, the emissions cannot be stopped, but the method of disposing and emitting the harmful materials can be changed and improvised.

We are already facing the devastating consequences of climate change. As intellectual thinkers, we should learn to cohabituate with the environment because if we do not do so, the saying ‘as you sow, so shall you reap’ would become a definitive truth.