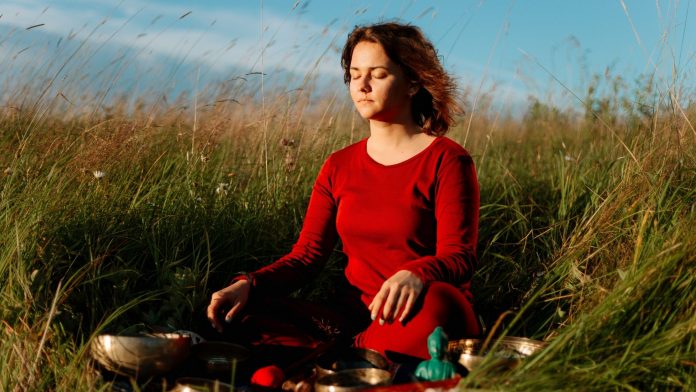 In Sanskrit, Ayurveda has been termed as “The Science Of Life”. India is a profoundly holistic nation and Ayurveda has originated over 5,000 years ago, much before the advancement of modern science and technology. It has its origins in ancient Vedic culture and has been passed down the generations in an oral tradition from great masters to their students. While some of this knowledge was written down a few thousand years ago, much of the scriptures are still unavailable and therefore, inaccessible. Many of the natural treatment techniques that are now popular in the West, such as Homeopathy and Polarity Therapy, have their roots in Ayurveda. As already recognized, Ayurvedic medicine is one of the oldest medical systems in the world, and it is still used in India’s traditional health care systems and is gaining popularity to a great extent. Ayurvedic treatment includes a combination of products (mostly from plants, but also from animals, metals, and minerals), diet, exercise, and is a way of life rather than a hardcore discipline or medical ailment.

These constitute the basic distinctions between modern science(Allopathy) and Ayurveda.

According to an article by National Center for Complementary and Integrative Health (NCCIH), it declares that:

Ayurveda is meant to be a relaxing, therapeutic and elaborate process. An internal cleansing procedure is followed by a particular diet, herbal treatments, massage therapy, yoga, and meditation in Ayurveda treatment. The main foundations of Ayurvedic medicine are the principles of universal interconnection, body constitution (prakriti), and life forces (doshas).

Doshas in Ayurveda and their influence on body

Complementary and Alternative Medicine (CAM) theory suggests that every little thing in the universe, whether dead or alive has a connection. When this equilibrium is upset, you become ill. Genetic or congenital problems, injuries, temperature, and seasonal change, age, and emotions are all factors that can throw this balance off. This is the basic principle of Ayurveda.

Dosha is a Sanskrit word, which means “fault” or “disease”. Your health is maintained by understanding your dosha which has a direct impact on your body, or by maintaining the doshas (if you have two types of doshas in your body). Dosha can be considered your body type according to Ayurveda.

The concept of ayurvedic medicine is that the world is made up of five elements: aakash (space), jala (water), prithvi (earth), teja (fire), and vayu (wind).

Ayurveda works differently on different body types much like every other medicine does. To understand the influence of Ayurveda on you and your particular body type, let’s figure out the various Doshas in Ayurveda because that is what has a direct impact on your body, therefore that is the point where one’s journey towards Ayurveda begins.

Vata, kapha, and pitta are the three doshas that result from the combination of each five elements mentioned above. These doshas are thought to be in charge of a person’s physical, mental, and emotional well-being.

Vata is made up primarily of the elements air and space (also known as ether), and it is cool, light, dry, rough, flowing, and vast. Autumn is associated with vata because of its chilly, crisp days.

The vata dosha is associated with being slender, energetic, and creative. They are noted for their ability to think beyond the box, but are easily sidetracked. Furthermore, their mood is influenced by the weather, the people around them, and the foods they consume. A balanced vata is adaptable, with a lively imagination, and can think creatively and originally. However, when they get out of balance they can become anxiety-ridden, ungrounded, and difficult to stick to daily chores and complete commitments. They get cold and lack motivation.

Daily problems common to Vata body types are constipation, stiff joints, cold hands and feet. They struggle with sleep and getting rest, insomnia, and immunity.

Spring is known as Kapha season, in which hibernating areas slowly start to emerge from their winter hibernation. Kapha, which means water and earth, and is often slow, heavy, and cold.

Strong, thick-boned, and caring are traits associated with this dosha. They’re recognized for keeping things in order and serving as a source of encouragement to others. Kapha-dominant people are rarely agitated, they think before acting, and move slowly and deliberately through life.

Their metabolism is slower, and they have a lower appetite for food and stimulation than vata or pitta types. It gets difficult for them to lose weight once gained. They are at benefit by being exposed to different situations, people, and fasting on occasion.

The pitta dosha is centered on fire and water and is associated with a stubborn mentality. Summer is known as pitta season because of its hot, sunny days.

Inflammation, rashes, acne, and loose stool are all frequent health issues for them. Pittas must learn to control their “fiery” hotheadedness, channeling them in productive ways and learning to understand their destructive force in order to achieve equilibrium.

Bi-doshic means you have a lot of qualities in common with two different doshic types, which is how most of us are, (vata-pitta, pitta-kapha, and vata-kapha). In this situation, one dosha will dominate in some situations while the other dosha will predominate in others. For instance, Vata is the dominant dosha in a Vata/Pitta type whereas Pitta is dominant in a Pitta/Vata type. To deal with this, in the vata season, avoid consuming vata-inducing foods, and the same goes for pitta and kapha respectively.

Tridoshic constituents have an exceptionally balanced ratio and can benefit from the greatest qualities of all three dosha kinds. This type of dosha is pretty rare.

This particular synchronization in the three doshas gives immense reliability and stability when all they are harmonized or pushed into balance.

This dosha type, like all the other Ayurvedic kinds, should take care to preserve his or her personal dosha balance throughout life and take action if one of the three doshas becomes out of balance.

There you have it, a complete guide to identifying your body type and taking care of it the holistic way.