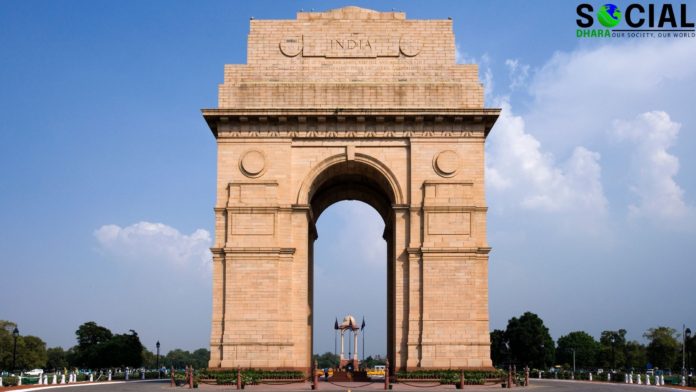 The five challenges faced by contemporary India are as follows:

1. The challenge to security issues

A security issue like an infectious disease infecting nearly 50% of the country is a security issue for the Indian polity because when such diseases arise, the country is required to transfer all its available resources to help combating this disease and the country becomes vulnerable to external threats. For example, coronavirus has impeded the country’s growth and all its resources are being transferred to combat it. India is in a vulnerable position and will not respond well to sudden external problems. This becomes a challenge for the Indian government as it will become a choice of bread or guns and both are equally important for the country to function.

An issue like money laundering is a security issue faced by the Indian government because through this unaccounted money is created and it threatens India’s economic security. This money is used to fund various illegal activities, insurgent groups and can harm India’s reputation in the world and its citizens. This can create chaos in the country.

2. The Agrarian and Industrial Challenges

Agriculture and Industrial work are the two important occupations of the people of India. Even though agriculture contributes a lot to our economy, it faces numerous problems such as instability in the monsoon, different cropping patterns, land ownership, techniques of farming and labourers’ conditions, output of the crops, minimal pricing of the crops, exploitation. This creates discontent amongst farmers and leads to boycotts and marches which harms the agricultural produce.

For example, farmers marched into Mumbai to place their grieves in front of the chief minister, they wanted the state to help them on the occasion of a severe drought that had affected half the farmers in Maharashtra. They wanted the government to waiver the loan repayment. Multiple loan waivers could impair the finances of the state. The loan waiver amount would cost the country 4% of its GDP and it will threaten the aim India has of reducing public debt.

The industrial sector in India faces numerous problems such as fewer bank loans, resistance to use of labour-intensive manufacturing, black money and bribing, and high transportation costs. This has reduced the manufacturing employment. These problems not only create unemployment but also reduce the GDP of the country. The government has to interfere in such circumstances.

3. The migration and refugee problem

There are various types of migration. Migration from rural to urban areas, from one country to another. There are also refugees. They are the ones who are forced to leave their country to escape their country’s current situation.

India faces a lot of rural to urban migration. Because of urbanization, there is an availability of jobs even if it is small labour jobs. Either one family member migrates from the rural to the urban area of the entire family moves. Because of migration there has been an explosion of population in the urban areas and there is not enough infrastructure to accommodate the residents of the area and the migrants.

Hence, slum areas are formed where these migrants seek housing, and this also decreases their standard of living. Migrant workers are also exploited by their employers due to their lack of knowledge and vulnerability. Migration is a challenge for India because the human development index falls and there will be lower economic development in rural areas due to lack of manpower.

India has had numerous events which has led to an increase in the number of refugees in India for example the partition of India, Bangladesh vs Pakistan, the Sino-Indian war and so on. In a country like India, where there is overpopulation and resources are not adequately utilized, refugees add to this strain. They increase the burden on the existing resources and jeopardize the efforts taken by the country to become a developed nation. The country in turn spends more money to develop infrastructure for the refugees and this leads to taking a step back in the economy and in the aim of becoming a developed nation.

4. The challenge of women and gender politics

Patriarchy exists in most parts of India. Women have always been subjected to suppression in India. Women were made to practice certain rituals and beliefs that did not favour them for instance child marriage, sati, backlash due to widow remarriage, genital mutilation, rape, sexual harassment, physical and emotional torture, dowry, female infanticide and foeticide, no education and so on. They have always been considered inferior to men and their job was to serve their family. Because patriarchy women cannot work, are not entitled to any property or a bank account and if they work, they are subjected to abuse and harassment.

In the Indian parliament, women do not hold equal representation as men. The number of women is far lesser than the number of men. India ranks first in the gender inequality index in South Asia.

If women were ‘allowed’ work, it would be a greater step in achieving gender equality. It would lead to women empowerment and it would increase India’s GDP by 27%. It would also raise India’s position in the gender inequality index.

As for the LGBTQIA community in India, they are constantly shunned as the Indian society does not accept them. They do not have any rights if they ‘come out’ as homosexuals. Until recently, homosexuality was criminalized in India, but on 6th September 2018, it was decriminalized.

The environment has been considered as a luxury and not as a necessity. During the Green Revolution, there was an increase in the use of pesticides. This led to a decrease in the soil quality and a decrease in the health of the farmers and the consumers. It drained the soil of minerals.

Projects like the coastal road project in Mumbai will cause a decrease in marine life harming the ones whose occupation is fishing and it will disrupt the ecological balance. For the Metro project in Mumbai, a number of trees were felled in the Aarey colony. There is a rise in the temperatures due to global warming, which is a result of the carbon monoxide emission. These decisions have an adverse impact on the environment and the organism’s habitat there.

The challenges have been sequenced in the way they need to be resolved first. First is the challenges to security, second is the agrarian and industrial challenges, third is the migration and refugee challenge, fourth is the women and gender politics challenge and fifth is the environmental challenge.

Security always is and should be the most important challenge and issue for a country because there exists various threats and the citizens rely on the government to keep them safe from those threats. Any threat can easily violate laws and security of individuals or groups of people. This can lead to chaos and uncertainty.

Agrarian and industrial challenges is second because these are the main occupations of a lot of people and most of India’s GDP comes from these sectors. Without these sectors the economy and the nation would not function.

Migration and refugees are the third challenge because a number of resources go into the upliftment of the migrants and refugees. Various aspects and resources are to be utilized for it.

Women and gender politics are the fourth challenge because empowerment is important. It is important for everyone to have equal rights irrespective of gender.