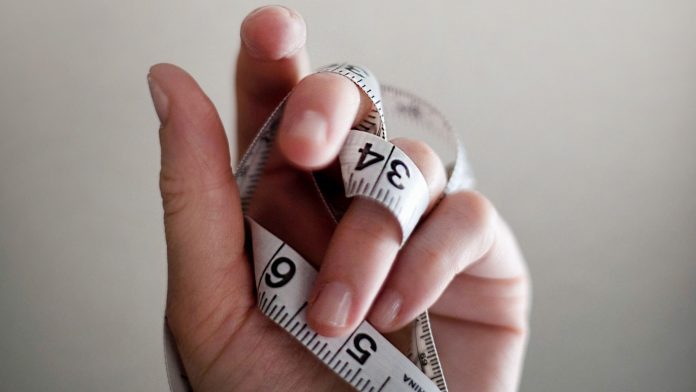 A person’s body is something that remains with them everywhere. So, something which is an inevitable part of us that automatically makes us vulnerable to our perfection. Body shaming is not a new thing, but an old concept with newer and changing dimensions. Pointing anybody over their body, their dressing, height, complexion, and style all come under body-shaming. Most of the time the perpetrator has almost no idea that they are doing this because it has become a convention to judge a person from their looks or their shape. Body shaming is used as a medium to let down other people’s morale over themselves and affects their mental health.

Influence of social media on perfection

Body-shaming is for the most part prevalent among Gen-Z because of the increasing popularity of cosmetics, influencers, and portrayal of a particular ‘acceptable’ body type. When one, as a person comes across everything perfect then it makes them vulnerable to their perfection. That urge to become who a person isn’t is very depressing and affecting. Initially, one questions his\her worth as a person, and then after being ‘looked-down upon’ by others, they become hard on themselves by either being physically hurting or constantly mentally questioning. There’s a catch, body shaming is not only limited to a so-called, ‘heavy’ person, but its arms are so big that it also covers a person who is ‘skinny’ to a vulnerable gaze.

According to the perpetuator’s eyes, there is a certain size which one’s body should have. One can’t be too short, too tall, too skinny, or too heavy. These are all arbitrary conventions that have no explanation for themselves. A study shows when we normally see a person we automatically judge their body and their style. It’s inbuilt in us. Now, we need to think, why does a person feel the need to harm another person emotionally by calling them names or pointing at their body?

There is nothing like a perfect body, a person’s good health, mentally and physically is what matters the most. So, the perpetrators are maybe the people who are overweening their bodies and who take pleasure in being critical. There must be a hidden conflict they have amongst themselves which they get out by destroying other person’s mental health. Starting a conversation by complimenting someone’s looks or body also shows the criticality a person inhabits. If they simply go on commenting on the body’s perfection, then there’s no doubt that they are the same person who comments on what according to them doesn’t suit their eyes. So, if all this is taken into consideration then a perpetrator is also subjected to victimization by other perpetrators and this chain is never-ending and very big to even understand and analyze perfectly.

Fragility of the victim

Now, the victim is someone who goes through the undeniable complex in mind as they are constantly told and reminded that they don’t look good altogether. This has such a diverse impact that they at some point start telling themselves and their mind that they don’t look presentable compared to other creatures. Social media has most of the part to play in this. Reality and temporality are so beautifully enmeshed in social media and its representations that it is setting the bizarre trends that further destabilize ‘normality’. Perfection is so seemingly portrayed and that it is considered a reality by the growing youth. For guys, they should have muscular body otherwise their masculinity could be challenged easily. For girls, they should be slender for that is what femininity is all about. All these notions run in the veins of our generation which again come from social media.

The harm which these kinds of body parameters cause can be divided. Firstly and most importantly, they deteriorate the mental stability of the victim. Secondly, due to the deteriorating mental state, the victim sometimes engages in causing themselves physical harm too. Some start hating themselves to the extent of hurting their body with their own hands. Compromising with diet is another factor. Few people start skipping on diets that do more harm than doing good. A person might be completely fit according to the B.M.I [body mass index] but being commented on makes them self-conscious. This is a problem direr than it seems. A lot of youngsters go through a tough time with themselves and it is mostly because they are exposed to the perfect body and life shown on social media. Reality lies hidden somewhere inside but it’s most of the time not seen.

Here, we would like to talk about the bystanders who aren’t part of a bully but are very much a part of the conversation. If one gets that what one is seeing is not appropriate then raising the voice against it would be the soundest judgment of the moment. These people who struggle every day not with any outer force but with themselves are harder to take care of as their heart becomes fragile considering the mental traumas they face. Toxic positivity does more harm in this case. They can’t be told and retold stories of others who faced before them but they need to be heard. Their story shouldn’t be compared, their story has its individuality. So, word choice and listening play a huge role in motivating them and boosting their morale.

One needs to stop this banal convention as it has become ad this is one of the hundred problems one face with themselves. From childhood, one should be taught how to be comfortable with oneself and how not to be a person adding to this grave problem that exists but is small in its recognition. Most of the time while being a part of the group we tend to destroy someone’s life unwillingly and unknowingly which is bad and should be reckoned with. We have always heard our elders saying ‘What will she\he do with their looks’ but seldom have we seen it practically happening. It is now time for an evolution.

Improve your English writing skills – Analyze your mistakes with ease