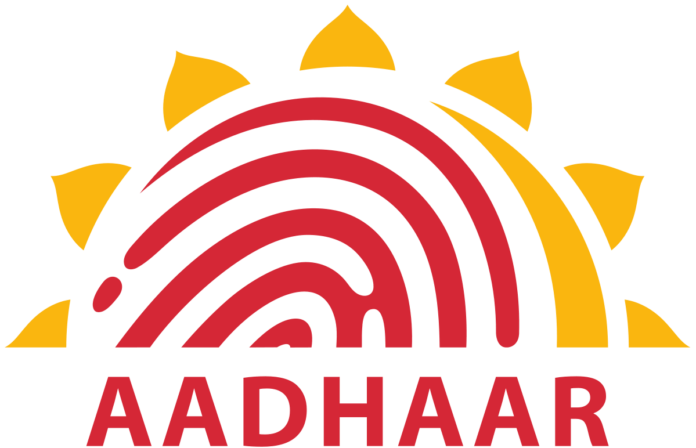 Good governance has always been a core principle in the Indian democratic framework. It is associated with an efficient, effective, and responsive administration system for public service delivery. It is said that good governance is a panacea to all problems in the development sector.

E-government plays a key role in good governance by storing the trust of the citizen into the government system because e-government allows transparency and makes the entire process easy. India has been moving towards achieving e-governance through various initiatives e.g. Aadhar, MyGov – citizen engagement platform, MEITY’s e-governance platform[1]. The adoption of digital technology ensures transparency, accountability and thereby leading to good governance.

There is an involvement of multiple stakeholders in building e-government systems which can be classified as both demand and supply side. Citizens users can be considered on the demand-side while the stakeholders responsible for the fund, implement, and main are supply side. Both sides are important in a framework that determines the design and outcome of the system (De, 2005). There is immense potential for digital identity projects in improving public service deliveries. The government needs to focus on and invest enough resources in gaining people’s trust in the computerized ID frameworks. Neglecting this angle won’t look good for the long-term sustenance of such changes (Misra, 2019).

At present Aadhaar project is producing a remarkable Identity Number (ID) for every single resident of the nation. As claimed by UIDAI, the primary aim to enable a unique number of an individual. Also, the more stupendous point is to coordinate this ID into frameworks and cycles that encourage the conveyance of taxpayer driven organizations to Indian occupants. The bigger aim is to integrate this ID system into facilitating the delivery of government services to an Indian citizen. Though there are various stakeholders in the system for the promotion and implementation of such a project, the e-government system aids centralized decision making.

There is an argument in such a situation that the e-government system can be inherently political. Scholars emphasized this argument that each technology must be seen in its historical and social context to understand its evolution (Winner, 1985). The role of politics and administration can be more significant where a technology e.g. Aadhar enables citizens with the administration in their regular needs.

Policymakers and practitioners could include user perception while decision making and designing the system or technology. The design process of technology is identifying a need, conceptualizing a solution, convincing stakeholders, getting the requirements ready, making a detailed design, testing the project, taking to implementation, taking feedback, and acting on them. A lot of decisions are made when an e-government system is to be implemented. But all decisions to be made at various levels. It is also important to understand the process of decision-making along with its impacts in the future. The perception of users varies a lot and depends on how the project is formulated. Each stakeholder involved in the system may have a different perception of technology which results in ontological differences between stakeholders. These differences also depend on the nature and purpose of technology.  SCOT (Social Construction of Technology) addresses the concern and consensus of the meaning of technology, its emergence, and its acceptance (Bijker, 2010).

Aadhaar is considered the most ambitious digital identity program in the world because of its scale and the government’s requirement to navigate a multitude of contextual factors that make establishing a unique, universal national identity[2]. Various social actors and the shaping of a system determines that how technology evolves is considered and perceived by users (Bijker & Pinch, 1984). The social construction of technology through a social study suggests that technology design is considered as an open process that produces different consequences depending on the social system (Pinch, 1977). Social shaping of technology argues that the way technologies evolve is guided by the direct or indirect influence of social and political relations (MacKenzie & Wajcman, 1985).

The SCOT study tries to define the social problem, after identifying specific social groups or users, the stages of changes in technology is suggested. The steps of the technology design process are identifying a problem, research the problem, generate possible solutions, select the best solution, create a model, test the model, refine the model as need and finally create a model for the solution[3].

Identifying a social problem is the first step in designing technology. Relevant social groups are involved in this stage to identify and interpret technological artifact which can solve the issue in a social setting. This stage is considered as a stage of interpretive flexibility. The stages of designing a new technology come up with various ideas with limitations. However, after rigorous research of the problem and identifying solutions, a model is created followed by design consideration. The developed model is tested and refined as per need. This step ensures the design to be a problem solver. From time to time refining a design assures the technology workable into solving an issue. Thus, technology is implemented in a larger context for a bigger issue. The design of the Aadhar technology moved through various stages. In 2008, the identity landscape took place which followed a different process to reach the diversified segment of Indian society to get’s people’s reason over the program.

UIDAI claims Aadhar to be the highest level of security mechanism. It might be an interest of citizens that the technology does not reveal any data to a third party. It keeps the interest of the resident at the center of its purpose and objectives[4]. The user’s privacy is taken care of by the system. The stages of securing citizen’s data are the responsibility of both stakeholders i.e. users and service providers. The service provider needs to update the technology as per people’s demands. At the same time, a user should update their history often and verify with a mobile number. Grievance handling is another opportunity for the user’s to raise their concern and get them resolved.

Each stakeholder has its perceptions over a social problem or technology. SCOT frameworks necessarily support each other in arriving at a common understanding to solve the problem. The multidisciplinary approach decides technology to be useful based on the existence of multiple stakeholders and the interplay of ideas between them. Though, politics plays a key role in the development of technology. SCOT defines that the progress should not be completely guided by politics alone and there should be involvement of the public too for designing of a technology. SCOT framework emphasizes on involvement of multiple stakeholders while designing technology to fulfill different expectations. This is very relevant in developing and promoting an e-government system because different stakeholders (citizens and administration) can contribute to the design and development of the system. Since Aadhar plays an important role in the e-government system, SCOT is applied directly or indirectly in the project.

The Aadhaar is a biometric ID system being implemented across India by the Unique Identification Authority of India (UIDAI). According to the constitution of India the Aadhar Act, 2016 – An Act to provide for, as good governance, efficient, transparent, and targeted delivery of subsidies, benefits and services, the expenditure for which is incurred from the Consolidated Fund of India to individuals residing in India through assigning of unique identity numbers to such individuals and for matters connected therewith or incidental thereto[5].

Aadhaar number is issued to the residents of India after the verification process irrespective of age and gender[6]. The government claims that the Aadhar project has been implemented to create a unique identity for all citizens of India. The project was launched hoping that a large registry would support the government in the implementation of welfare schemes viz. PDS, health services, etc.

There are multiple stakeholders in the success of the Aadhar project i.e. Government and citizens. Government administration is the primary group in projecting the initiative analyzing the need for a single identity system for the entire country. This initiative was designed and implemented to solve some critical social issues of the country. Though the Aadhar is just an ID proof, it can lead to potential benefits in terms of providing public services.

The bigger concern as per SCOT (Social Construction of Technology) is that the awareness and consent of citizens or user group for the technology. No doubt the technology was designed to tackle a social issue. Technology does not determine human action but citizens’ action shapes technology. The citizen must be made aware of why the technology is needed. Their involvement in the decision-making process is also critical and important. While testing the technology as per designing stages, users can provide relevant feedback in the improvement of the system. Thus, the citizens can believe in the Aadhaar system that it will be useful for them and make many facilities available to them. The use of Aadhar has been widened the country. Aadhaar numbers are being used in banking systems, PDS system, LPG distribution, and so on.

The theory of Social Construction of Technology (SCOT) plays an important role for various stakeholders in identifying social issues and designing the success of the technology. The project of Aadhar helps the government in strengthening the governance system of India by providing an effective solution. To be inclusive, the Aadhar technology needs to be flexible for the vulnerable population who might not have documents to prove their identity. This system is also considered as advanced technology for the distribution and receiving of social benefits.

Technology design is one of the critical stages of successful technology. Analysis of technology design is very critical which should involve all relevant stakeholders. So that it would not create a bias for a stakeholder. The sustainability of such technology is another important aspect and it depends on inclusivity or exclusivity for a certain type of user. The design of Aadhar can be termed as politically motivated but the impact created is probably larger. Overall, the project of Aadhar can be termed as interpretive flexible in good governance system while applying SCOT study.