Pollution: a particle in a global environment 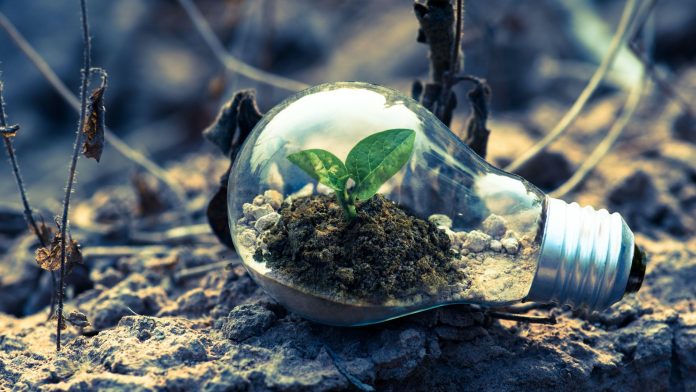 The surrounding of a physical system that may interact with other systems by transferring mass and energy is referred to as the environment. The natural environment encompasses all living and non-living things. The environment is the setting in which we live and it is our obligation to keep it safe from harm. Environment contamination is one of the most serious issues confronting human society today. Environment pollution is not a new issue, but it is still the world’s most serious problem and one of the top causes of diseases and mortality among humans.

Global environmental contamination is exacerbated by activities such as urbanization, industrialization, mining, and exploration. Both developed and developing countries share this burden, while developed countries have done a better job of maintaining their environment due to increased awareness and tougher legislation.

An organism’s habitat is made up of many components such as air, water, land, and so on. These elements are found in specific amounts in order to maintain a harmonious equilibrium in the organism’s surroundings. Pollution is defined as any unwanted change in the proportions of these components. With each passing year, this problem becomes more serious. It’s a problem that causes financial, physical, and social problems. The environmental problem, which is worsening by the day, must be tackled in order to eliminate its adverse impacts on humanity and the earth.

Pollution is defined as the introduction of contaminants into the environment that causes harm or discomfort to humans or other living species, or create environmental damage, and can take the form of chemical substances or energy such as noise, heat, or light. Pollutants can be naturally occurring substances or energies, but when they exceed natural levels, they are considered pollutants. When the environment is unable to process and neutralize dangerous by-products of human activities (poisonous gas emissions) in a timely manner without causing structural or functional damage to its system.

On the one hand, pollution develops because the natural environment lacks the knowledge to disintegrate the unnaturally formed elements (i.e. anthropogenic pollutants), while on the other hand, humans lack the knowledge to artificially decompose these pollutants. It may take several years for nature to attempt to dissolve the pollutants in the worst-case scenario, the decomposition of radioactive contaminants, it could take thousands of years.

Pollution of the Environment

It matters first and foremost because it has negative consequences for critical environmental services such as the provision of clean air and clean water, both of which are essential for life on Earth as we know it. We have pollution because of people. Water pollution can have an impact on people’s and plants’ living conditions, hence pollution has an impact on our environment. Pollution has the potential to cause our environment to rise and fall. How will we create paper and grow vegetables for people to consume if we don’t have clean water for plants and trees? As a result, the great idea has an impact on the environment, and people are the primary source of pollution.

With the growth of industry and the migration of people from villages to cities in pursuit of work, the problem of suitable housing and unsanitary living conditions has become increasingly prevalent. These elements have resulted in pollution-causing factors.

There are five types of environmental contamination:- air, water, soil, and noise pollution.

In today’s globe, air pollution is a serious problem. The air we breathe is contaminated by smoke from industry chimneys and automobiles. Smoke emits gases like carbon dioxide, carbon monoxide, and sulfur dioxide, which mix with the air and inflict significant harm to the human body, vegetation, and fauna. Sulfur dioxide, nitrogen dioxide, carbon monoxide, ozone, volatile organic compounds, and airborne particles are among the most harmful with radioactive contaminants being among the most dangerous (specifically when produced by nuclear explosions). Villages’ domestic fuels, such as dry farm waste, dry grass, leaves, and coal, emit dangerous fumes. Acid rain is caused by a buildup of sulfur dioxide in the atmosphere.

One of the most important environmental challenges is water contamination. Waste products from increasing industries and sewage water are not properly processed before being discharged into rivers and other bodies of water, resulting in water contamination. Pollution of water bodies is also caused by agricultural practices that use excessive fertilizers and pesticides. Insecticides and herbicides, food processing waste, contaminants from livestock operations, volatile organic compounds, heavy metals, chemical waste, and other pollutants all contribute to water contamination.

Soil contamination is also known as soil pollution occurs when solid waste biodegradable materials and substances with toxic chemical compositions are deposited on open ground. Land pollution and soil infertility are caused by waste products such as plastics, polythene, and bottles. Furthermore, the dumping of animal carcasses exacerbates the problem. Cholera, dysentery, typhoid, and other diseases are caused by soil contamination in humans and animals.

Fossil fuels (oil, gas, coal) have broken down practically all boundaries in our industrialized society, firmly establishing themselves in our daily lives. Not only do we utilize fossil fuels for obvious everyday requirements (such as filling up our cars) and in the power-generating industries, but they (particularly oil) are also found in a variety of plastics, solvents, detergents, asphalt, lubricating oils, and a variety of industrial chemicals.

Environmental pollution is wreaking havoc not only on humans but also on animals, putting numerous species in jeopardy or perhaps extinction. Environmental pollution’s transboundary character makes it even more difficult to manage. It is commonly acknowledged that if we are massively blowing our current natural resource budget at current rates of exploitation, the environment will be unable to recover in a timely manner and continue to “perform” well in the future.

Every citizen has a responsibility to protect our planet from these environmental contaminants. If no preventative actions are done, our future generations will be forced to deal with serious consequences. In addition, the government is taking steps to raise public awareness. Every person should take part in the effort to reduce and regulate pollution.

Healthy and unhealthy foods for the fall season