Can they exist without each other? 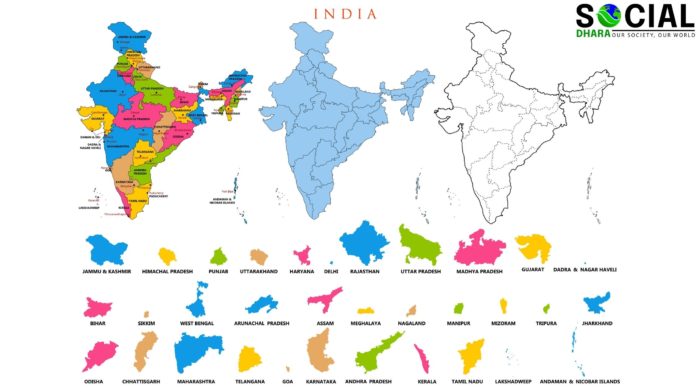 Nation is a group of people who share common sentiments, morals [such as touching the feet of elders, behaving well in public, respecting all elders], religions [e.g. Hinduism, Islam, Christianity], cultures [e.g. celebrating Diwali or Holi or Christmas irrespective one’s religion], traditions and oppositions [e.g. why should one stand up during the national anthem, why shouldn’t one wear traditional clothes on festivals]. It is a community where people share common interests, respect one another, and treat everyone equally irrespective of caste, class, race, religion and gender. There exists a cultural and political harmony here. The love for a nation gives rise to nationalism. Nationalism is loyalty and respect towards the people of a nation. There are no territories and no borders for a nation to be identified as such.

The state on the other hand is a sovereign government. It is a rule-telling and rule-enforcing body which imposes laws and restrictions upon the people to control them and ensure peace and harmony. A state is identified internationally only if it has the following characteristics:

This is a state where the government helps in developing the economy and mainly focuses on the social welfare of the people. For instance, providing free medical supplies, ration food or goods, medical insurance and more. India is a developmental state. The state provides a ration card to everyone for subsidized food, provides cheaper or free medical care and supplies in public hospitals.

This is a state that has a minimal function. Their function is to only provide security, border security, and provide law and order. The state has very little influence and the market has maximum influence.

This state is governed by religion. The state would be quite religious. For instance, the religion would govern the way one eats, whom and how shall one marry, how shall one live, where shall one work.

The state controls everything. It determines the way one should live, what religion one should follow, what occupation should one practice. Here the state has absolute control over the people.

This type of state plays an active participant in the economy of the state. It mostly intervenes to help rectify the imbalance in the market economy. The state cares less about the generation of wealth and more about the distribution of wealth. The state wishes to bring out equality in the wages of the people. It focuses on the empowerment of each individual and not the nation as a whole.

Here the state controls the economic life of its citizens. They do not allow private enterprises to set up their industries. They have a so-called “command economy.” The state is in power and dictates every aspect of every individual’s life.

A nation and a state cannot exist without each other. A nation is a place of commonality because of which a sense of pride and a feeling of nationalism grows in the people. This feeling is quite strong. If someone or some group does not agree with or raises concerns regarding an aspect of these existing commonalities, it will lead to a rise in disputes and violence. For this reason, a state is required so that everyone can have a safe platform to express his/her concerns. A state is required to control disputes, prevent rivalry, and give freedom to the people of the nation to speak up and oppose.

A state also cannot exist without a nation. A state exists only because the nation requires an institution to control matters that may go out of control. If everyone agrees to the commonality of the various aspects of life without questioning or opposing it then a state would not be required. Hence, a nation and a state cannot exist without each other, they are interdependent. E.g. India is a very diverse country. We have various languages, religions, cultures, and ethnicities.

These aspects may collide at some point of time which may produce a large amount of friction such as communal riots, disputes of superiority and inferiority. It may not be possible to have peaceful co-existence at all times. For this reason, a state or government is required to control the friction that may arise and keep the peace in the nation.

An example where the nation and state cannot exist without each other is when communal riots occur. The riots prove nationalism towards one religion but indirectly for the country. If the state had not existed then we are unaware of what incidents would occur in retaliation. The state helped bring this incident under control. And if the nation had not existed then there would not have been the existence of the state.

The nation also holds equal importance as the state. The nation gives people a sense of unity, patriotism, the feeling of acceptance. The nation is more important because it is where everyone shares some common aspects of life may it be religion, culture, or morals. In a nation, one can share these aspects with others thus, diversifying the people.

An example that a nation is more important than a state from world history in the fall of the Berlin Wall.

At the end of World War II, the Soviet Union stopped all the supplies from reaching West Berlin. This led to a divide between East and West Berlin. East Berlin was a part of the soviet zone of occupation and West Berlin was a part of East Germany. The East Germans suffered a lot of oppression under the state and their freedoms were severely restricted. The East Germans wanted out of the state and headed to West Berlin. The East Germans were desperate to keep their citizens in East Germany and hence the state built a wall. This Wall was called the Berlin Wall. To move to or even visit East Berlin various check-posts hassled the masses. Various escape events took place from East Germany to East Berlin. There were very few successful and this also resulted in many deaths. The death toll was 192 – 239 people. Public demonstrations and protests increased rapidly. After which the travel restrictions were loosened. On 9th November 1989, it was announced that borders were opened. This led to the fall of the Berlin Wall.

The protests of the nation against the state led to the freedom to move around and live wherever they wanted without the state controlling their actions. This could have only been achieved if the nation had come together.

In the world we live in, the exitance of the nation and state hold equal importance for people to feel belonged and to prevent the violation of the human rights and aspirations. The interdependence of both can be perceived as a strength that mankind has created to promote peaceful living.

5 Hygge Gifts All Your Loved Ones Are Sure To Enjoy