Changing trend of Bollywood from its Golden Era

Changing themes with the passage of time 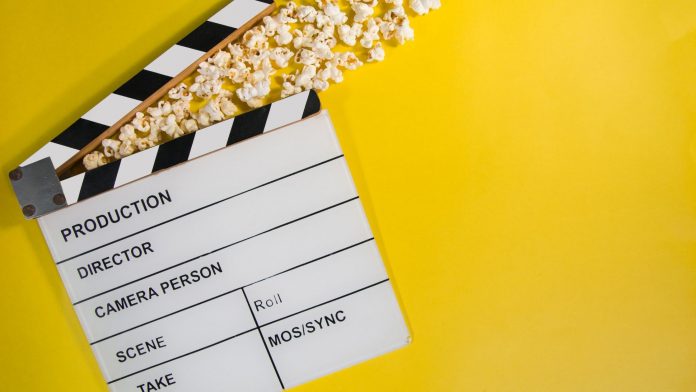 One of the world’s largest film industries, Bollywood is in the heart of every Indian and has been growing. Starting from Dadabhai Phalke’s silent movie, Raja Harishchandra to Koi mil Gaya to unlimited recent releases, Bollywood has been consistent in producing almost 1000 movies every year. The uprising graph of Bollywood cinema has let it cover myriads of themes like comedy, romance, action, thriller, and horror. Actually, the word Bollywood refers to the movies made in Mumbai. The other parallel cinemas are in existence but the Bollywood movies consist of the movie in two sister languages: Hindi and Urdu. The entire development of Bollywood coincides with the development of Modern and free India. However, there has been a changing trend in the representation of movies through the years in Bollywood and a comparison can be laid down among the movies directed in Bollywood’s Golden Era and the movies beyond and after.

Bollywood’s Golden Era [the peak of Bollywood when the most widely recognized and iconic movies were shot] started from around the time when India witnessed its independence in 1947. The then movies were clearly on the happiness of the people after a long struggle for independence. The grandeur with which the movies were created resulted in the remakes and reiteration of themes in the present times. While usually the Golden Era is associated with the ’50s, the actual period is considered to span almost two decades starting from the late 1940s peaking around the late 1950s, and ending around the late 1960s.

Let’s just sum up the era by numbering the names of directors, actors, actresses, and the movies:

The era was the witness of the birth of many prolific directors, actors, musicians, and whatnot. Guru Dutt, Raj Kapoor, Mehboob Khan to Vijay Bhatt, and Bimal Roy all were a part of rendering this age a name as it secures today.

The era is called golden because of the female actresses and the actors which showed up with extreme talent. Actresses like Nargis, Vyajanthimala, Meena Kumari, Madhubala Nutan, Waheeda Rehman, and Sadhna if we are to name a few.

The male actors of the time are incomparable even today. Raj Kapoor also called ‘the greatest showman in Indian Cinema’ is among the period’s greatest successes. Others like Dev Anand, Guru Dutt, Dilip Kumar set their own trademarks.

Besides these great personalities who worked hard for the recognition they are awarded, their works in Bollywood’s ripest age are one which shall not remain unstated. Among these, the evergreen classics are Guru Dutt’s [Pyasa], Raj Kapoor’s [Awara], Guru Dutt’s [Kaagaz ke phool], and [Shree 420], Mehboob khan’s [Mother India], and K Asif’s [Mughal-E-Azam].

Besides being the movies that received so much love, each of these classics inspired and influenced the cinema in the subcontinent for decades to follow.

The parallel emergence of Bengali cinema

The golden era has its hands open to the Bengali Cinema which also found itself blooming in the same age. Not just Bengal, many regional movies also started to grow, more or less in this age. Satyajit Ray, Mrinal Sen, and Ritvik Ghatak are the most acclaimed of all.

The popularity of social themes

Mainstream Bollywood until the 1940s and beyond was mostly escapist and detached from the daily chores of life. But, the Golden Era and the years when it began saw the themes like struggles and challenges of the working class and the status of the emerging Urban lifestyle. As a recently freed nation, there was a wave of optimism among the masses and the cinema of the time took pains to reflect and address that reality. The conflict between rising modernism and the loss of tradition was also in vogue. The rich and poor divide which was something that was a thorn in the way of developing India became important and were taken up in the movies of B.R Chopra and Raj Kapoor. Thus we see movies becoming a part of escapism and really providing insights into the prevailing atrocities in the society which was now growing with all its might.

Besides the social themes, many movies were also inspired by mythologies and in the beginning, there were a lot of them coming up in theatres too.

Changing themes with the passage of time

The coming of the 1950s showed the emergence of family-centric movies. People were already seeing a shift from the earlier violent movies. The stories were now framed taking the middle class into consideration. The movies here were extremely family-centric with a pinch of romantic elements in them. Actually, from 1974s hit, ‘Hum Aapke Hai Kaun‘ and 1995s ‘Dilwale Dulhaniya Le Jayenge‘ were movies marking these shifts.

The movies in the late 1980s till early 2000s were from a widespread expansion of the genre. We witness the development of technology building up and with it came our first-ever science fiction movie which was an ultimate hit, ‘Mr. India‘.

The last and ongoing phase is the age of 2000 and beyond. The genre expansion covered this age too and movies like ‘Koi Mil Gaya’ showed us the changing focus on the visuals which started to increase.

The reason for all these shifts was the change in the target audience. In the beginning, the movies catered to the lower classes or let’s say the working class. So, the movies were basically made as a reflection of their lives and dreams. Later, the movies were made taking the middle class into consideration and much later the upper class. Hence, the movies started to be shown with vanity elements and also showing the foreign countries and extravagances.

Globalization among the world led to the same expectations from the movies too. The movies now depended on the location, the set, the cars, basically everything that a person would ideally wish for as a luxury. The development of movies thus changes the style of movies. Movie making has turned out to be a serious business in hand and a lot of money is spent on it every year.

The recent criticisms faced by Bollywood and a parallel attack on Nepotism have somewhere led the credibility of Bollywood to fall but nevertheless, there are still the fans of Bollywood who take this business as seriously as the makers involved.

Best Christmas Movies To Watch With Your Family This New Year

Best Wattpad Novels That Are So Amazing You Must Give It A Try!

Importance of Iron for Health and How to Get It