HomeEducationBest Wattpad Novels That Are So Amazing You Must Give It A...
EducationDigital Society

Best Wattpad Novels That Are So Amazing You Must Give It A Try! 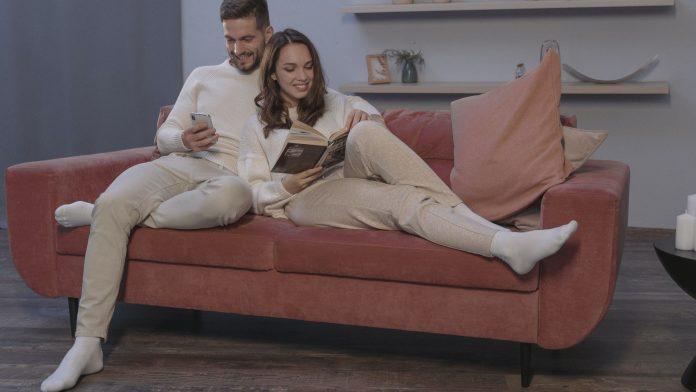 There are a lot of us who are literally die-hard fans of Wattpad Novels. Now, those of you who do not know what actually Wattpad is. Wattpad is an app that allows – ordinary people to read and write novels based on their choices. Yes, you read that right. People and adults who are passionate about writing novels and creating characters can easily explore their full potential and try their hands on it. It also gives us a better experience by letting us read the genre we want from the vast amount of books it has.

Obviously, there are a lot of us who read and write there. And among them, are some teenagers too who are amateurs and are learning how a novel shoulder be written. So there’s a lot of stuff there which you might not be able to relate to. But please don’t Ruin your motivation. There’s also a lot of great stuff in here, that you wouldn’t want to miss if you love reading. So today, we are going to tell you about some Wattpad Novels that you should definitely read and enjoy. Let’s go!

The Mafia and His Angel

The mafia and his angel might be a Wattpad novel bit it got published around three years ago and still remains my most adored and favorite book. TMAHA as we call it is based upon two characters named Ayla and Alessio. So Alessio is the most dangerous boss of the mafia and is broken by past experiences beyond repair. Ayla on the other hand had a life worse than hell. She was continuously tortured and raped by her fiancé. Tired from all the abuse Ayla decides to run away only to end up at the enemy’s door – Alessio’s clutches. They both are running from the pain and darkness, but will they find freedom in each other’s arms?

Naomi is bullied at school. With uncountable names calling her nerdy and bullying her just for entertainment. Naomi is strong and smart and savage. So when she attracts the attention of three bad boys with her sarcastic attitude they decide to make her their good girl and be her bad boys in return. Together they all embark on a journey so beautiful and funny, that none of them would ever stay the same. Their friendship becomes so strong and they involve themselves in so many rule-breaking activities that will make you laugh like no other.

Ace De Luca is another mafia story that will grip you till the very end. Ace is a dangerous mafia, having gone through the pain that will break you completely. He doesn’t believe in love, but then he has to. Because incomes his queen and the feared assassin of all times. When sparks fly and no one is ready to bow to the other, feelings grow awkward. And then it goes haywire. His queen is not as fearless as she seems. Her nights are ruled by the nightmares of her past. Will they be enough? Or will their love just see it’s doomsday?

Engaged To The Heartless Heartbreaker

This book is personally one of my favorites. Althea Ruiz gets engaged to her foster brother who hates her too much. And Althea has loved him since she was seven, dreaming to be his wife. But what happens when they grow up and it’s not just child’s play anymore? What happens when Nigel crosses his line with Althea and things go worse? What happens when the pain runs so deep that Althea has no choice but to survive on her own. But will they be together again? Will they by any chance find each other’s heaven together?

Devil For A Husband

Blaze Norman had decided to take Caden Carter as his bride for marriage and not even heavens are going to stop him. Forcing Caden into a  marriage with himself blaze tales them both into a journey that will ruin them and make them learn to live again altogether. With constant battles to dive in and no fear of drowning they would soak up all the love in the river as they start falling for the other. But would they last? Will it survive? Because at the end of the day, it was all forced. Or was it?

Mine Would Be You

Valentina Scott and Jackson Ross can never be more different from each other than they are. Valentina has been in one and only relationship in her entire life. And that one relationship broke her heart in ways that have now made her scared to ever fall in love again. And then comes in Jackson Ross with a perfect sunshine attitude that lights up Valentina’s darkness again. But when a tragedy strikes at Jackson’s place, they both will have to learn – to lean on each other and to stand tall. All at the same time.

Again comes a typical mafia story. Or so you would think. What if you have a best friend. You love him to death and so does he. But then one day he goes missing. Leaves everything and disappears without informing you. But here’s the catch. He does appear, years later, but he is not what you expected him to be. He is now a mafia boss, who can kill or get anybody killed with just the flick of his fingers. Moreover, he captured you. Threatens you to stay with him. What would happen? What would you do? Verity is thinking the same About Daniel.

Belion Carter and Alec Ashton are two high school popular individuals. And broken too, if you will. Their story starts with them being all sarcastic toward each other. But when problems strike and friends are divided and past knocks on the door, it’s time they start to listen to their hearts – and body. The passion between them is just too much for them to ignore. But will they actually be together? When you love somebody, you invite pain to your doorstep. Only difference? Who survives and who doesn’t.

It all started with a game. They came together and made their relationship into a deal just for the sake of their families and money. Alex is a spitfire girl and the hatred between her and Daniel is mutual. They have to fake an engagement with each other for three years and the best part is they will fall in perfect Illusion. Soon they will find out that the line between hate and love is actually quite very thin and there’s nobody that could save them from the future they have written for themselves.