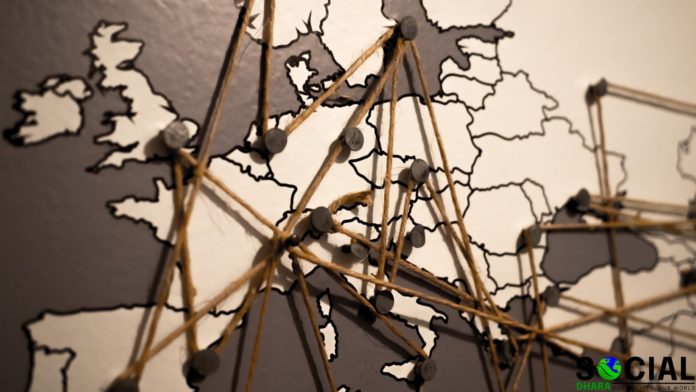 The equipment linked to network/communication has been developed from time to time and is a relatively recent phenomenon. Since the first such networks were implemented, the technology has advanced rapidly. It appears that this rapid advance will continue and that applications of the technology will become increasingly widespread over the near term.

The first experimental networks were established in the mid-1960s. The ARPANET, which was developed and officially started in 1969 by UCLA and SRI (Standford Research Institute) remained the largest operational network in the world for many years. The first international network connection, called SATNET, was deployed in 1973 by ARPPA and the first routers were used at Xerox in 1974. Internet Protocol version 4, was officially defined in 1981, and IPv6 was introduced in 1996 including a wider range of IP addresses, improved routing, and embedded encryption. The first version for Wi-Fi was introduced in June 1997 and was made official in 1999, designed to use the 5 GHz band and provide transmission speeds up to 25 Mbps. The 802.11n standard for Wi-Fi was made official in 2009 which provided higher transfer speeds and operated on the 2.4 GHz and 5 GHz bandwidths. The Wi-Fi Alliance introduced WPA3 encryption for Wi-Fi in January 2018, which includes security enhancements over WPA2.

The well-developed communication network equipment at present are Hubs, Switches, Routers, Repeaters, Bridges, Gateways, Multiplexers, Transceivers, Firewalls, etc. that helps in real-time transfer of information. The establishment networks have been accompanied by an ever-increasing blurring of the distinction between computer and communication technologies. Today, there are several types of networks: local networks, long-distance networks that use telephone lines, satellite networks that communicate by radio transmission, and network complexes that use a variety of means of transmission. Networks have been established to serve the interests of government agencies, business corporations, educational institutions, and the general public.

Moore’s law which was originally termed for a microchip, says that “we can expect the speed and capability of our computers to increase every couple of years, and we will pay less for them”, while we can see a significant increase in capacity and performance of network systems, we can say that Moore’s law can easily be interpreted on these lines. The network system which was first introduced was not easily accessible to common people because it was too costly, but now it is accessible to common people around. As we can see a trend of increasing performance with low rates of cost, we can say that there has been a vital development in this equipment of computing devices. This trend can be seen in all electronic networking as well as computing devices as we are moving towards the next generation of network systems.

Network enhancement took place from time to time with increasingly powerful networking devices, as well as methods for transmitting information from point to point. Cost per MB storage was observed in a decreasing trend. Earlier in the 1900s there was a huge size for all devices and required lots of effort to manage the devices. However, in today’s world, the size of devices is micro size with a very cheaper price compared to earlier ones.  Hubs are simple devices that direct data packets to all devices connected to the hubs. Hubs come in a variety of shapes and sizes. A simple communication device and tablets or cell phones with applications can be purchased for under $1000 which have lots of features including lots of data available while it was much costlier in 10 years before.

The communication network has been the fastest-growing sector in the modern era because of its ability to transfer knowledge and information from one part to another in a second using different methods of network equipment. Throughout history, the methods of communication were developed as the needs of societies changed. Faster and better communication devices have been developed to fulfill the growing needs of modern society. The functionality of communication devices has grown rapidly and taken the biggest place in the everyday life of individuals. The evolution of communication devices continues until today.  Performance of evaluated equipment is growing rapidly from 10 times to 100 times and so on. However, cost-wise it’s decreasing. The fastest devices are available in the market with lower costs in comparison to earlier models of the same devices. Development of networks provided better service in connecting people from one part of the world to another part of the world through telephonic, messages, video call, which is real-time service and has taken a very important place in individual life as well as in professional life. When we talk about service development of telephone it was a cell phone in 1973 and now smartphones which provide services of making phone calls, GPS, take pictures, play music and keep track of appointments and contacts, etc. This device has become so powerful that nobody can even imagine a day without them.

Blockchain in a Nutshell