HomeSocialExample: How to Write a REFLEXIVITY STATEMENT
Social 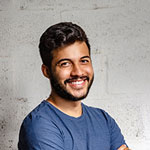 I grew up in a village and spent most of my childhood life living in rural areas. I have seen many up and down of people due to a lack of money. Many villagers were observed dependent on their daily wages for food, leave about health and education. Youths migrated from villages for work due to the paucity of work in the village. A flagship program of the Government of India launched in 2005 to solve the issue of job and migration named as MGNREGA (Mahatma Gandhi National Rural Guarantee Employment Act). Many people started working through work demand but did not fulfill the household’s family requirement because of delayed payment and insufficient amount. This could be due to the lengthy and complex payment process and involvement of a middleman in receiving payments. This hurt me when I see people worked hard to get their wages. Because most of them were daily laborers and completely dependent on daily wages. Since the time I thought of doing something better for the marginalized people. I had an opportunity to work with MGNREGA workers after my graduation where I came to know the payment processes and fund flow. It was very complicated for people to receive their wages sometimes they didn’t get paid for their real work.  There was less transparency in the process.

Villagers always have some expectations from outsiders who come to them either officials or researchers but being a researcher on their issue I couldn’t commit any benefit for them. Rather than that, I would make them understand that I try to find out an easy option for them so that they can receive their payment directly without any delay. I would convince and request their support by answering my questions. Villagers always love people who are down to earth and who understand their issues/problems. I would try to understand them and their issues in terms of their payment and other issues.

This research is based on the MIS process of payment for actual work made by MGNREGA workers. This research tries to understand the process of payment and the reason for the delayed payments. There is a requirement to understand the payment process better and search for another opportunity that would be effective for MGNREGA workers in getting direct payment through DBT (Direct Benefit Transfer) either through some smart card or another process. Such type of research is very much required for all marginalized poor villagers who are completely dependent on daily wages apart from caste or gender. Interviews will be conducted for both service providers and service receivers i.e. Government and Workers respectively. My research would try to find out such options which would be considerable and recommendable for people and government. This new online digital payment will reduce the effort for government officials and the rural community will be benefitted.