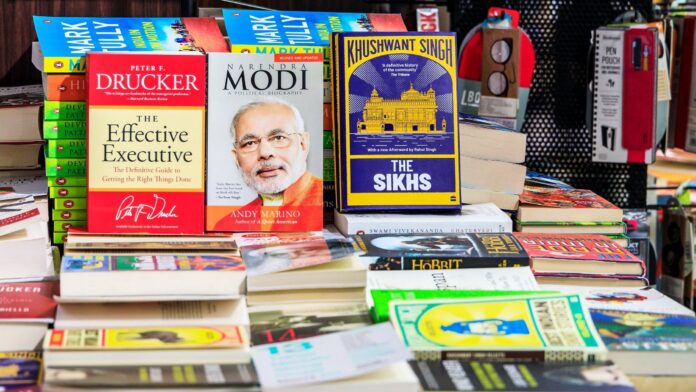 Inside the walled city of Shahjahanabad, is this small place called Daryaganj where a variety of everything can be seen. You want food? You got pav bhaji, chicken, aloo chaat, puri sabzi, samose jalebi and what not! You want people? You can find government officials, roadside vendors, tourists, beggars, shoppers, etc. Talk about beverages and you can look around to spot at least a nimbu-paani, lassi, tea and flavoured milk. Vegetarians may not like the smell of cooking flesh around, but apart from that, there’s a lot you may have never seen.

Houses are more like Havelis dating back to when Delhi was ruled by kings and queens. But now maybe there are many families living under the same Haveli that used to be an abode to a single queen per se, with cracks no one can afford to fill. You may find large and tall buildings speaking volumes about the infrastructure growth in the area and the officials with their fancy pantsuits on; entering and leaving those buildings like they have a matter of life and death at hand. And you may find a calm stranger sitting down at the roadside just basking under the sun and enjoying the pause he has taken. It is strange how a lot can be seen and yet, not be watched. The variety of social strata, and culture, and infrastructure, and even vision to see life, flows through the ditch like vain.

It still is a place of deep-rooted culture and it reminds you of a long-lost home even on your first visit there. There are many monuments located near and in Daryaganj that will make your day. Those monuments date back to the time when Mughals ruled India and built castles and forts for protection and living, now popularly known as monuments.

Also read: Rural Places that can be Visited in India

But more than that, it is a place for bibliophiles. The love for books is a love that cannot be explained in words. It is more than a feeling of giving and taking. It is more about immersing in it so deep that coming out feels exhausting. The real world starts to seem like a world afar. On any bad day of yours, the only thing that could lighten your mood and enlighten your path is a book. No wonder they are called human’s best friends.

Daryaganj is a heaven for the people who have fallen in love with them or are planning to. Daryaganj is everything you can ask for. It is a place for artists also! Let’s take a look at how:

There are many big stationery shops in Daryaganj. Now you must be thinking- “So what? There are stationary shops everywhere right?” Here we got you the news. These shops sell almost everything on a weight basis. You could buy colored pens, sticky notes, diaries, and even water bottles starting from 100Rs/Kg. Now if you are an artist who buys excessively, this place has gotten you covered and will take care of your budget.

A paradise made of walls and walls of novels is Daryaganj. On Sundays, from 10 AM to 6 PM, this market becomes the host of giant roadside stalls. These stalls sell books starting from 10 Rs per piece to however expensive you want, or from 50 Rs per kg.

There are places where you could even find some amazing modern-era work by Mills and Boons publications for just 200 bucks. And no we are not talking about 200 bucks a book, but 200 bucks for a bundle of their books. It is strange to see the prevalence of Dan Brown novels everywhere. People must like his work so much aye? *winks* It also is a place for people who like to read fiction and non-fiction romance. Everyone knows the romance king Nicholas Sparks. But his novels are generally expensive even online. Not saying it is not obvious, but expensive? Not here my friend.

There are hidden gems of stores deep in the alleys of Daryaganj that keep the stock of Nicholas Sparks novels full. Starting from 100 bucks, these books go up to a large amount of 400 per piece due to their popularity and lesser paperback version availability.

There is a lot to see around Daryaganj too. Its location in Old Delhi itself makes it a place to be curious about. And we would not leave you hanging just about now:

Mumtaz Mahal was the Emprress consort of the Mughal Empire for 3 years. It is located in Delhi in the Red Fort. It is one of the six main palaces that were built facing the river Yamuna. It is also otherwise known as Jewel Palace.

A tall tower standing on the south-eastern corner of the Red Fort, Asad Burj, is surrounded by Hayat-Bakhsh-Bagh. This bagh is also known as life-bestowal.

Interestingly enough, the name of the violet line metro station that opens in Daryaganj is called Delhi Gate.  Delhi Gate is a site for history buffs and wanderers. It is the place for experience seekers. It is the southern entry gate to the walled city of Delhi.

As the name suggests, it is the place for drumming or orchestra during the time of ceremonies. It is also called Naubat Khana and is situated on the Eastern Side of Red Fort which has a ten pillar lane. Various Naqqar Khanas were built at significant places like Lucknow, Delhi, and many other in Pakistan.

An Archaeology museum is a museum that specializes in the display of archaeological artifacts.

Close to Daryaganj, is the place that has our heart – Jama Masjid. It is less popularly known as Masjid-i Jehan-Numa. It is one of the largest mosques in India. It was built by Mughal Emperor Shah Jahan in the 17th century. But enough with the history!

Jama Masjid is a place of solace for every religion. Even if you are a Hindu, the meditative architecture makes it very peaceful. Although visiting the top is restricted for the normal public, one can still reach a certain height by pulling some strings. And once you are there, do not forget to emboss that view in your heart and soul. To reach the highest point possible in Jama masjid, one goes through the crowded alleys of Old Delhi and what not. But once you are up there, it feels like you have left the chitter-chatter of the world long behind. People you were just brushing shoulders within the crowd, seem to be ants. Pigeons will be your new friends up there. And oh! The sunset from that top is a must. It is a serenity to experience and not explain!

Words aren’t enough to let you know everything possibly in here. Well as we said Daryaganj and Old Delhi is a place you have to see for yourself. Not because it’s crowded or old, but because it different and peaceful in its own way! Go touch some roots!

Himani Arora
Himani Arora is a biochemist and a writer with a keen inclination towards travelling. She believes in humanity and feminism, and voices her concerns towards gender disparity and oppression of women throughout the world. She is currently pursuing M.Sc. in Sports Biochemistry at Central University of Rajasthan.

The Marriage Between Urbanization and Migration